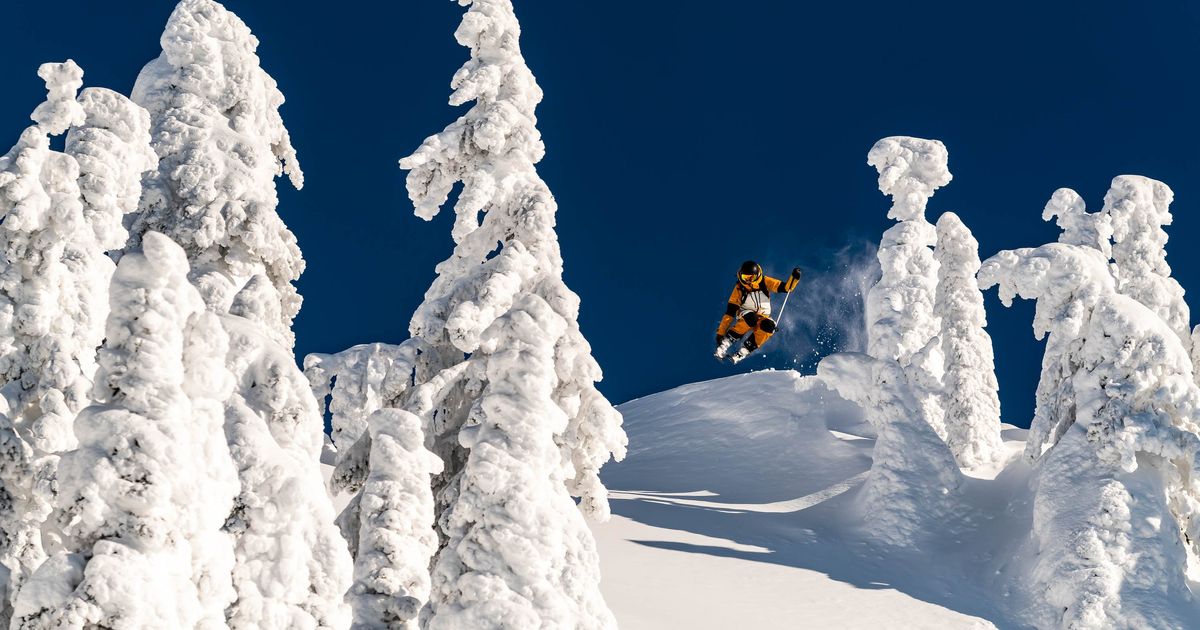 A daymaker is a person who performs an act of kindness in order to make the world a better place. No wonder Warren Miller’s latest film is dubbed “Daymaker.”

The iconic skier/director, who created a myriad of films based on his passion for the slopes, aimed to raise awareness of skiing.

“Daymaker” is the 73rd annual ski and snowboard movie from Warren Miller Entertainment. Miller, who died at 93 in 2018, hoped his films would continue.

“Daymaker,” which premieres Saturday at the Bing Crosby Theater, is Caston’s ninth Miller film. Caston, 34, is featured in an entertaining segment at Snowbasin Resort in Huntsville, Utah. Caston and one of his skiing heroes, Jonny Moseley, surprise a young skier, 17-year-old Tyler Blocker, who has won a contest to hit the powder with his favorite skiers.

“We surprised him and took him skiing,” Caston said. “It was a thrill for Tyler and for me since Jonny Moseley is one of my favorite skiers of all time. I think Tyler learned a lot and everything looks good on film. He brings a lot of energy to the screen.

The same can be said for Michelle Parker and McKenna Peterson, who skied the stunning Greek Olympus range in Crete, which is not known as a ski destination. A killer storm is captured in the Monashees of British Columbia. And there’s some cool footage from Alaska with Daron Rahlves, Ryland Bell and Cam FitzPatrick.

For those looking for something different on the trails, check out Pete McAfee and Dominic Davila on an unusual backcountry run.

“I think there’s something for anyone who loves skiing or is curious about it,” Caston said. “We all like to ski and I think people can see that soon after the movie starts.

“I’m so passionate about what I do. Skiing is my life.

Caston won’t be able to premiere Spokane and is disappointed because he enjoyed living on the South Hill six years ago while tuning skis at the Spokane Alpine Haus.

“I loved being in Spokane,” Caston said. “I had fun living on the South Hill.

“There was so much to do there with biking and hiking. I’ve never skied Mount Spokane, but Schweitzer Mountain was awesome. I used to run there. I remember how good the snow was.

Watch Shredding and Surfing Merge in Quiksilver’s ‘Surf the Mountain’

Introspection sparked by a hike through Greece | Sports