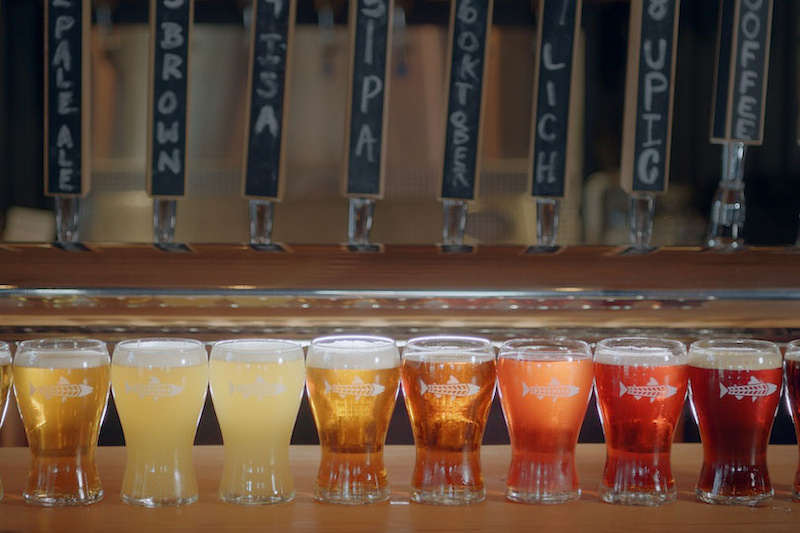 Video: At the intersection of mountain biking and local craft breweries in northern British Columbia

â€œAle Trailsâ€ is a doc-style miniseries that examines the intersection between mountain biking and local craft breweries, and how the two work to support and improve their community. Join us as we explore the wilderness of northern British Columbia, showcasing the uniqueness of Prince George, Terrace and Smithers, and meet the proud and passionate locals who inhabit these close-knit communities.

Prince George. The largest city in northern British Columbia has a thriving craft beer and mountain biking scene. Between its 2 breweries, Trench Brewing & Crossroads Brewery and Distillery, and the ever-expanding Pidherny trail system, there is enough variety to keep any seasoned rider and craft beer enthusiast busy.

Smithers, nestled in the Bulkley Valley, is animated by a passionate population. Its trail system, cultivated from hardcore locals in the 90s, has evolved into a modern network of sustainable mountain trails and its breweries, Smithers Brewing and Bulkley Valley Brewing, will welcome you with the warm northern atmosphere and flavors to keep your thirst quenched.
Terrace has a history of being a very technical place, but in recent years has used grants to expand and create new mixed-capacity trails that allow all riders to have fun.
Home to Sherwood Mountain Brewing, Terrace’s craft beer scene brings a variety of beer styles and flavors to what has generally been a very lager-based town.
—

“Ale Trails” is a collaboration between Mountain Biking BC and the BC Ale Trail, and produced by adventure filmmakers Ben Haggar and Mike Gamble / Cold Salt Collective