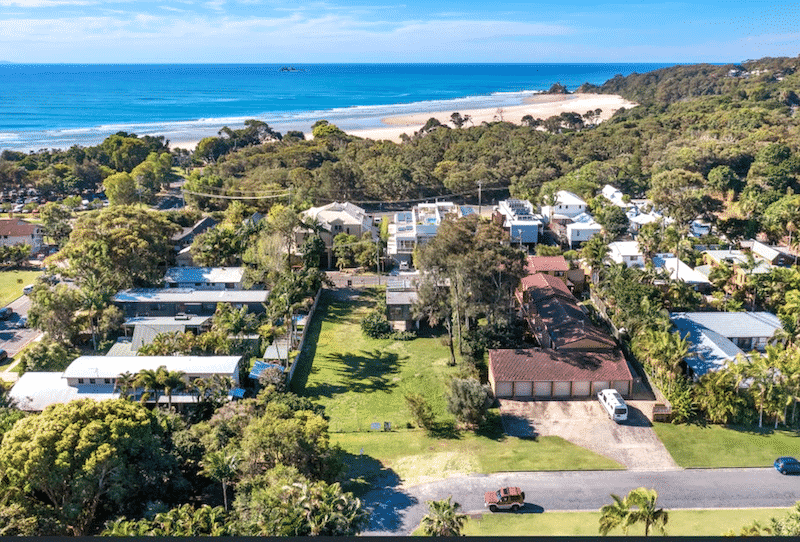 It’s like having a cellar full of pupae but locking the door and losing the key.

I wasn’t wrong in my first assertion that “Make or Break” would be great, nor that it will bring a new audience to pro surfing.

The latter won’t happen overnight, but as the show gains momentum, so will the competitions. I am sure.

Because what I underestimated was how much this show could reinvigorate our enthusiasm for the game.

That jaded core of WSL critics who tune in regardless, as if it were a form of penance.

Of course, there’s something for you, Mr Fuck The WSL, even if you just want to prolong your vitriol.

“Make or Break” will show you, as suspected, that sheer ineptitude has kept mainstream audiences from appreciating the rich tapestry of characters we have on the pro tour. The World Surf League has failed spectacularly in this regard.

It’s like having a cellar full of pupae but locking the door and losing the key.

“Make or Break” might not suit your personal tastes, but it’s absolutely the best portrayal of pro surfing to date. Surely you now recognize that the remaining opponents are below the line, or those who haven’t looked at it.

I gave it a try. Instead of just watching it for myself, feeling that maybe I wasn’t objective enough, beleaguered by pro surfing like I sometimes am, I asked my other half to watch it with me. She agreed, reluctantly and grumbling.

“Put it on now or I’m not looking. Like now, Jamie, not in five minutes.

“I’m going to watch an episode.”

His patience was thin, his enthusiasm thinner.

But three episodes later, she had completely changed her mind.

It was a mixture of his comfort zone and mine, sports and reality TV. Kind of like when she made me sit down and watch an episode of “Ru Paul’s Drag Race.”

Well-produced reality TV is captivating, even against your will and common sense.

So here’s what to expect from “Make or Break.”

This is the least engaging episode, from our point of view at least. The focus is on Tyler Wright, but that doesn’t reveal much we didn’t already know.

Tyler is fine but not particularly engaging for me. Her passage in front of the camera seems embarrassed, too aware of what she is saying. She hasn’t been shy about letting her voice be heard in the past, of course, so maybe there’s just an element of repetition.

He’s the kind of person who says “fuck” on record and it seems deliberate, or as they say for the first time.

His close friendship with Jessi Miley-Dyer was evident. Given how often decisions about where and when women go surfing are in a state of flux, I think this should be questioned.

My other half (let’s call her Melanie since she has a name and we’re watching an episode about female empowerment) thought it was refreshing that the show not only started to focus on women, but this was not in the vein of being sexually objectified. Instead, the focus was on equal waves.

Tyler’s time away is mentioned, but not with a depth that reveals anything new. Post-viral fatigue leading to mental struggles, although this is not clearly indicated beyond the images of her kneeling in the shower that are now familiar to us.

She certainly looked very skinny when she returned to the Tour. I didn’t really appreciate the big physical difference at the time.

“Why does she always wear the same pants? asked Melanie.

“Wouldn’t you wear the same bikini two days in a row?”

Sure, now the men and women are riding the same waves at the same times (sort of), but we see the change that preceded that, the move from Honolua Bay to Pipe for the conclusion of the women’s event after deadly shark attack.

On reflection, and in the context of this show, it’s clear why so many blunders were made around the women’s competition at Pipe this year, amplifying the story, saying they’d be surfing when they weren’t, and then pretending they weren’t there.

It’s clear that the entire broadcast team, and in particular JMD, was aware of the filming of “Make or Break” and the clear and desired narrative at stake. It seems obvious now that the decisions and demands were driven by the ideals of this show, and not by the ongoing competition.

It is clear from this first episode that surfing itself will have a small role to play in the whole show. Comp streaks are limited to a few waves of a few rounds. I don’t think that’s a bad thing.

The surf is shot as if it were a movie. We have stylized slow motion. Non-diegetic sounds of surfboards moving through the water are added. That does not bother me. I would be interested to know if they filmed the surf themselves or just relied on the WSL footage. I guess it’s a modified version of the latter.

We have a slight reveal in the first episode in that we see into the ivory towers of the judges! This, to me, is truly eye-opening. When I think of the emotions (and even money) clinging to the decisions made inside this bubble, it seems borderline outrageous that we’ve never been aware of the machinations of what’s going on here.

Seeing the face of WSL Chief Judge Pritamo Ahrendt on screen as an interview subject was like meeting Santa Claus at the foot of your stairs. (Although maybe leaving your house with a bag full of valuables).

“I’ve watched pro surfing for years,” I told Melanie in dismay, “and I’ve never seen this man’s face until now.”

Decent, overall, but not a patch on episode two…

Will anyone dare to use Kurdistan’s first long-distance hiking trail? » Explorersweb

You can go surfing in the desert in 2023