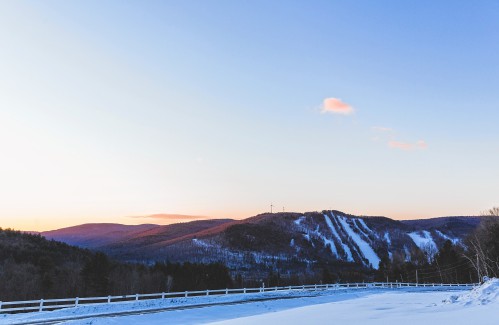 CHARLEMONT – The changing colors of the leaves and the colder nights signal that the ski season is fast approaching.

Teton Gravity Research’s latest film, “In pursuit of the soul”, explores and illuminates the relationship between the skier and the local ski resort. The film, which debuted on October 19, is available for free on Teton Gravity Research TV http://tgrtv.tetongravity.com. Through visits to independent resorts across the United States, the 35-minute documentary explores places that embody “the soul of skiing.”

Directed by Jeremy Grant, “In Pursuit of Soul” tours 12 mountains across the country, including Berkshire East Mountain Resort in Charlemont. Tradition is often the basis of the love affair with skiing – the strange phenomenon that rolls down mountains on two boards.

â€œThere is no feeling more exhilarating than sliding on snow, and there is no more beautiful landscape than white snow, green trees and blue sky,â€ says Doug Fish, President and Founder from Indy Pass.

At the heart of skiing is the local ski resort. Fish said he learned to ski at Mount Hood in Portland, Oregon. Today, over 50 years later, he still skis regularly at Mount Hood. Whether it’s in the spectacular mountains of Wyoming, Montana or Idaho, on the slopes of New Hampshire, Vermont and Massachusetts, the local ski resort is at the heart of it all. These resorts are the place where we learned to ski, where our children will learn to ski and where the love of the sport will be passed on from generation to generation.

The filmmakers traveled across the United States to visit a dozen independent, local and family owned people living in search of happiness, family, passion and soul. The film is about “the philosophy of these resorts and their importance to the snow sports ecosystem,” Fish said.

The first cable cable opened in the United States in 1934. By 1970, there were over 1,000 independent hill stations across the country. Today that number has dropped to less than 400, with most stations owned by companies. â€œIn Pursuit of Soulâ€ delves into what it’s like to run these surviving little ski resorts and the people who run them – not for the money, but for the love of the sport.

â€œIn the 1970s, the future of skiing was bleak in the Deerfield River Valley. Katie Lozancich says in her travel diaries, which were written during the filming of the documentary. â€œThree resorts in the area had closed and Berkshire Mountain was following this path closely. The resort was bankrupt and at risk of closing. But a Michigan ski director – Roy Schaefer – saw the mountain’s potential. After a visit, he offered to run the complex.

Schaefer returned home to Michigan, loaded his station wagon with his things, and traveled east with his family. The Schaefer family has been at the helm of Berkshire East ever since. With Schaefer’s leadership, “the resort has grown from a quaint little hill – with a simple ski lift and T-bar – to one of Massachusetts’ top ski destinations,” Lozancich said.

The station continues under the guidance of his sons, Jon and Jim, who have left their own mark on Berkshire, with a notable contribution being the 277-foot-high wind turbine perched atop the mountain. Wind power has been coupled with a new solar field, making Berkshire East the only ski area to run from 100% renewable energy on site.

The affordability of small independent mountains promotes accessibility for families and continues the legacy of skiing. Many of these mountains pride themselves on their after-school programs and discounted children’s packages that have made them many lifelong skiers. Berkshire East in particular is the starting point for an impressive ski racing program.

Charlemont Mountain is popular with many longtime residents, such as Charles â€œCharlieâ€ Croisier. Lozancich took a chairlift with Crosier and interviewed the local star, who is featured in the short. Known for his â€œski ballet,â€ said Lozancich, Crosier embodies the idea of â€‹â€‹â€œfreeing the heel, freeing the mindâ€. He is an avid telemark skier (combining elements of cross-country and downhill skiing with heels detached from the skis) and “prefers to dance down the mountain, doing nose butters as he slips carelessly,” writes Lozancich. in his journal.

â€œI think mountain culture thrives on that kind of resort or that kind of environment,â€ Fish said. â€œIt’s like walking into a store on Main Street instead of a mall. You go to one of those stations and walk into the bar, and the bartender was on a ski patrol that morning. You could go out on the chairlift and the owner could be the one loading the chairs.

â€œThese little resorts, I think, provide a superior experience than some of these bigger resorts,â€ Fish said. â€œ… These are smaller operations, and I think they go back to the essence, to the soul of skiing. ”

The Teton Gravity Research team selected mountains from the list of 80 Indy Pass partner sites across the country for filming locations. He noted that Berkshire East and Catamount Mountain, as a pair, are the â€œbiggest conglomerateâ€ in partnership with Indy Pass. Almost all of the mountains included in the pass are independently owned or family owned. Some are even owned by local municipalities or owned by the state. He said occasional skiers may not be aware of the hundreds of independent hill stations available to them.

â€œThe average skier in America is an intermediate skier, and they don’t need 3,000 acres of vertical feet to have a good time,â€ he said.

Indy Pass was founded in 2019 and provides access to a range of independent beach resorts across the country. An annual pass costs approximately $ 299 for adults or $ 129 for children, and allows two full days and an additional half-day of access per season at each participating resort. A complete list of partner stations is available at indyskipass.com.