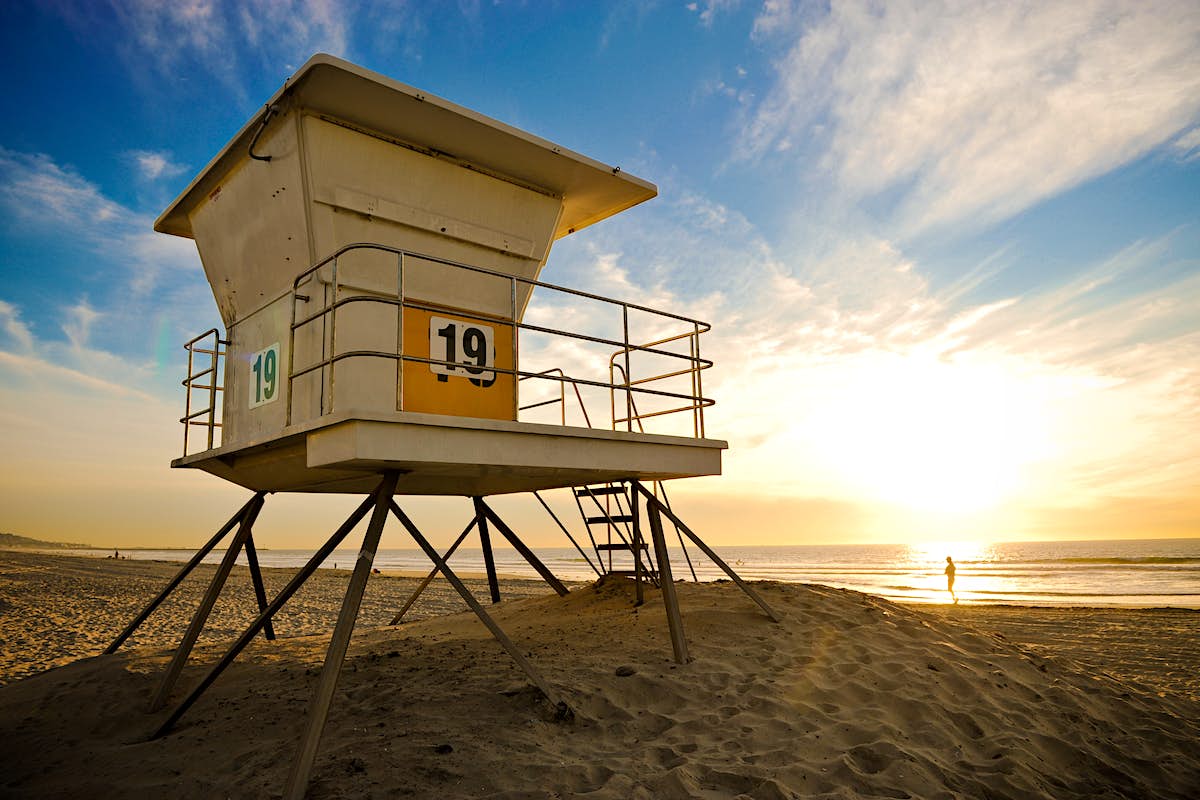 Surfing, safaris, and scenic delights: here are the best things to do in San Diego

San Diego is full of world-famous attractions for the whole family, including the zoo and museums at Balboa Park. Then there are the great seafood, a bustling downtown area, and some great hikes for all.

Plus, over 60 beaches and the most perfect weather in the United States. Spend your fall vacation on a sunny San Diego beach, and enjoy our list of the best things to do there when you’re done sunbathing.

The best beach scene in downtown San Diego is concentrated in a narrow strip of land between the ocean and Mission Bay. The Ocean Front Walk, the boardwalk from South Mission Beach Pier to Pacific Beach Pier, is a great people-watching experience. It is packed with joggers, inline skaters and cyclists at all times of the year. During hot summer weekends the beaches are teeming with people frolicking in the sand and the sea. While there is plenty to do, the best use of your time may be to walk along. walk, then spread a blanket in the sand or relax over a cocktail and admire the scenery.

One of SoCal’s biggest attractions, the rightfully famous San Diego Zoo boasts over 4,000 animals representing more than 650 species in a beautifully landscaped setting. The park is divided into geographic areas and bioclimatic environments, and the enclosures generally replicate the natural habitat of a species. You can see African and Indian elephants, a community of lemurs, dwarf crocodiles, leopards, gelada baboons, and meerkats.

The zoo also has the largest colony of koalas outside of Australia. Get up-close views of polar bears, hippos grazing in the water, and see the endangered red panda. Its sister park, the San Diego Zoo Safari Park, focuses on free-roaming big game enclosures and is located in northern San Diego County. Get to both early, as most animals are most active in the morning – although some will wake up again in the afternoon.

Balboa Park is a 1,200-acre space with a number of gardens, reflecting different horticultural styles and environments, including a formal Spanish-style garden and Palm Canyon, with over 50 species of palm trees. The park is also home to more than 16 museums and cultural institutions.

Marvel at the history and architecture of San Diego at “The Del”, one of the most iconic hotels in the world. It’s a whitewashed seaside architectural fantasy dating back to 1888, with conical towers, cupolas, turrets, balconies, skylights, and cavernous public spaces.

The Del reached its greatest exposure when it was featured in the 1959 film Some like it hot, which earned him a lasting association with Marilyn Monroe. Other guests included 11 US presidents and various world royalty whose photos and memorabilia adorn the hotel’s history gallery. Visitors are welcome in public areas and tours of the hotel are available.

San Diego is a surfers’ dream playground – a good number of residents have moved here just for the surf – and there are plenty of great beaches for surfing. Beginners should head to Mission or Pacific Beach for beach breaks (soft sand bottom). About a mile north of Crystal Pier, Tourmaline Surfing Park is a crowded but good place for those who are comfortable surfing a reef.

Want to learn more without getting wet? Then spend an hour in the warm California Surf Museum. It contains surf artifacts, a timeline of surfing history, and a radical collection of boards, including the one a shark gnawed when it ate surfer Bethany Hamilton’s arm.

Historic park of the old town

Look for the Casa de Estudillo, the most magnificent of restored adobe mansions, with a pretty garden and period furnished rooms. Another highlight is the Seeley stable where you can marvel at old stagecoaches, an ox-drawn cart and a huge two-car freighter. While you’re in the area, grab a bite of authentic Mexican cuisine at the legendary Old Town Mexican Cafe.

The central downtown district, now known as the Gaslamp Quarter, is one of the best real estate in San Diego. The beautifully restored 1870s to 1920s buildings house restaurants, bars, galleries, and theaters amid 19th-century wrought-iron lampposts, trees, and brick sidewalks. This 16-block area south of Broadway between 4th and 6th Avenues is designated a National Historic District. Learn more about and take a guided tour of the Gaslamp Museum and Davis-Horton House. Shout House is one of the best concert halls in town with high-energy shows and musicians playing on demand.

Built in the 1930s behind a wave-cutting dike, La Jolla’s children’s pool was created as a family beach but has since been overrun with herds of seals and sea lions. Tourists flock to see them having fun, swimming, fighting and mating, seen from the plaza above the cove. There is absolutely no contact, feed, or selfie to be taken with residents – they are wild animals and visitors must give them space. The future of seals remains up for debate: divers and swimmers say the presence of mammals increases the levels of bacteria in the water; animal rights groups want to protect the creek and make it an official seal colony.

The new interactive children’s museum offers endless activities for children. The installations are designed by artists, so that the next generation can learn the principles of movement and physics while simultaneously being exposed to art. Exhibits change every 18 months or so, so there is always something new. The workshops rotate daily and include clay and painting sessions.

The imposing aircraft carrier USS Half-way was a flagship of the Navy from 1945 to 1991, last playing a combat role in the First Gulf War. On the flight deck, walk to around 20 restored planes, including an F-14 Tomcat and F-4 Phantom jet fighter. Admission includes an audio tour along the narrow limits of the upper decks to the bridge, the admiral’s war room and under the bridge to the infirmary, kitchen, laundry room and engine room.

Bounded by Hawthorn and Ash Sts to the north and south, and Front St and the waterfront to the east and west, Little Italy was settled in the mid-19th century by Italian immigrants, mostly fishermen and their families, who have created a cohesive and thriving community based on a thriving fish industry and whiskey trade (which some claim is backed by the local Mafia). The community still thrives in the many restaurants and cafes along bustling India St. In recent years, the area has seen an influx of galleries and fine dining restaurants. Design and architectural firms have turned Little Italy into one of the trendiest places to live, eat, and shop in downtown San Diego.

Torrey Pines State Nature Reserve preserves the last remaining continental stands of Torrey Pine (Pinus torreyana), a species adapted to sparse rains and sandy and stony soils. Steep sandstone ravines have eroded into wonderfully textured surfaces, and the ocean and northern views, including whale watching, are breathtaking. Several easy trails (ranging from 0.5 to 1.5 miles long) meander through the reserve and descend to the beach.

A 20-minute drive inland you’ll find a series of beautiful, mostly flat, shady, and sunny trails that wind through a lush valley and past a waterfall surrounded by volcanic rock. The 11 km main trail of the Los Penasquitos Canyon Trail is moderately used by runners, walkers, and mountain bikers. Look for butterflies, mule deer and bobcats. Stay alert while exploring – rattlesnakes also favor these arid pathways.

Get more travel inspiration, tips and exclusive offers straight to your inbox with our weekly newsletter.