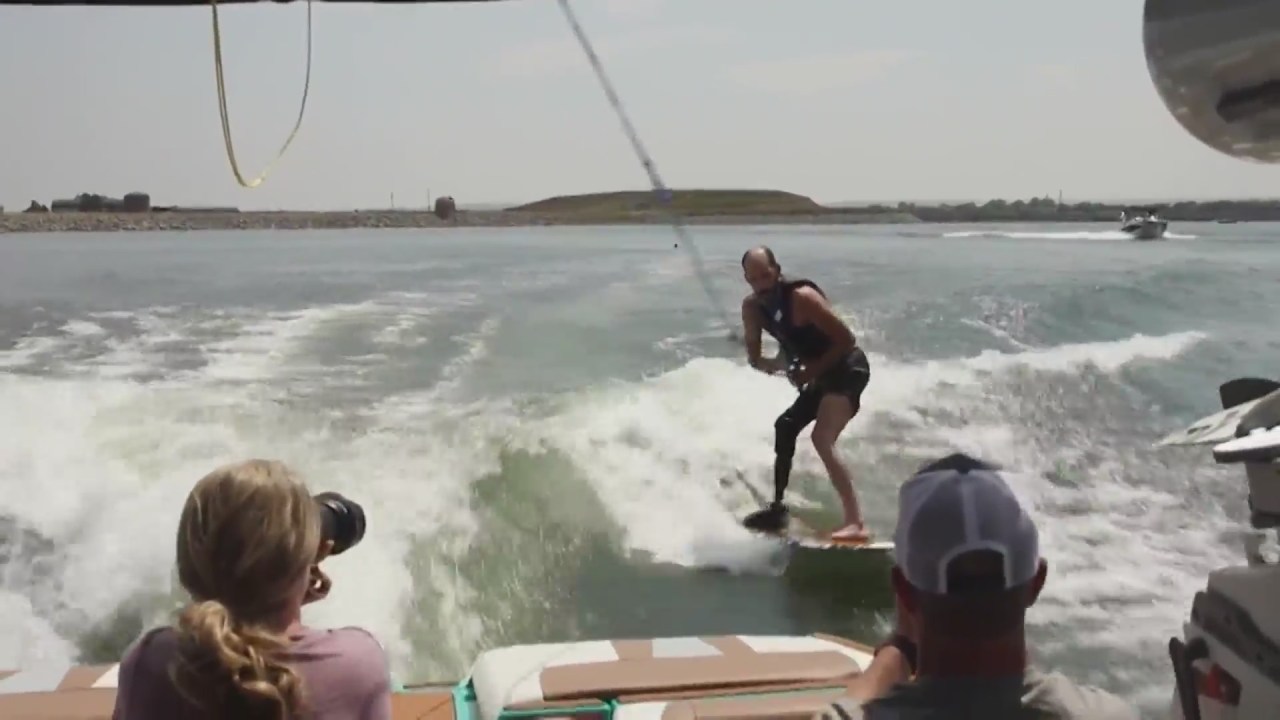 BOULDER, Colorado (KDVR) – Anticipation, anxiety, and excitement are often part of trying something new. More than 35 people who have lost limbs or face other physical challenges braved the waters of Boulder Reservoir on Saturday to try wake surfing.

â€œWake surfing has been around for a long time,â€ said Scott Taylor of Hanger Clinic. â€œPeople who come here, we give them enough time to try to stand up and they get a lot of coaching. “

Spencer McGinnis, with his adventurous spirit, is one of those being coached.

â€œIt all started in Cinco de Mayo in 2005 with a motocross accident,â€ said McGinnis. “I exploded my healing and my ankle.”

Several surgeries over the course of nine years caused discomfort and left her with little mobility.

â€œI injured him again in 2014, and my doctor said there was nothing else we could do, we have to take it off,â€ Mcginnis said.

His right leg was amputated just below the knee.

On the way to Vail? Emergency order issued for masks in public buildings due to COVID-19 outbreak

Everyone who attended Adaptive Wake Surfing‘s fifth annual clinic has a story like this. They live with limb loss, limb difference, or other physical challenges. This does not prevent them from living.

â€œMost of the time, these patients are new amputees and are struggling with limb loss,â€ Taylor said. “We just really want to show them, life isn’t necessarily over.”

â€œThere is a difference between existing and living,â€ said Mcginnis. â€œAnd I’m not the type of person to sit on my couch and exist. I have to go out and live.

If marks were given to these new wake surfers, Mcginnis undoubtedly obtained an A +. He managed to stand on the board on the first try. In less than 45 minutes, he was able to let go of the rope that was towing him behind the boat and surf alone in the wake of the boat.

Skiing in Africa? Tourists hit the slopes of Lesotho despite COVID-19 woes