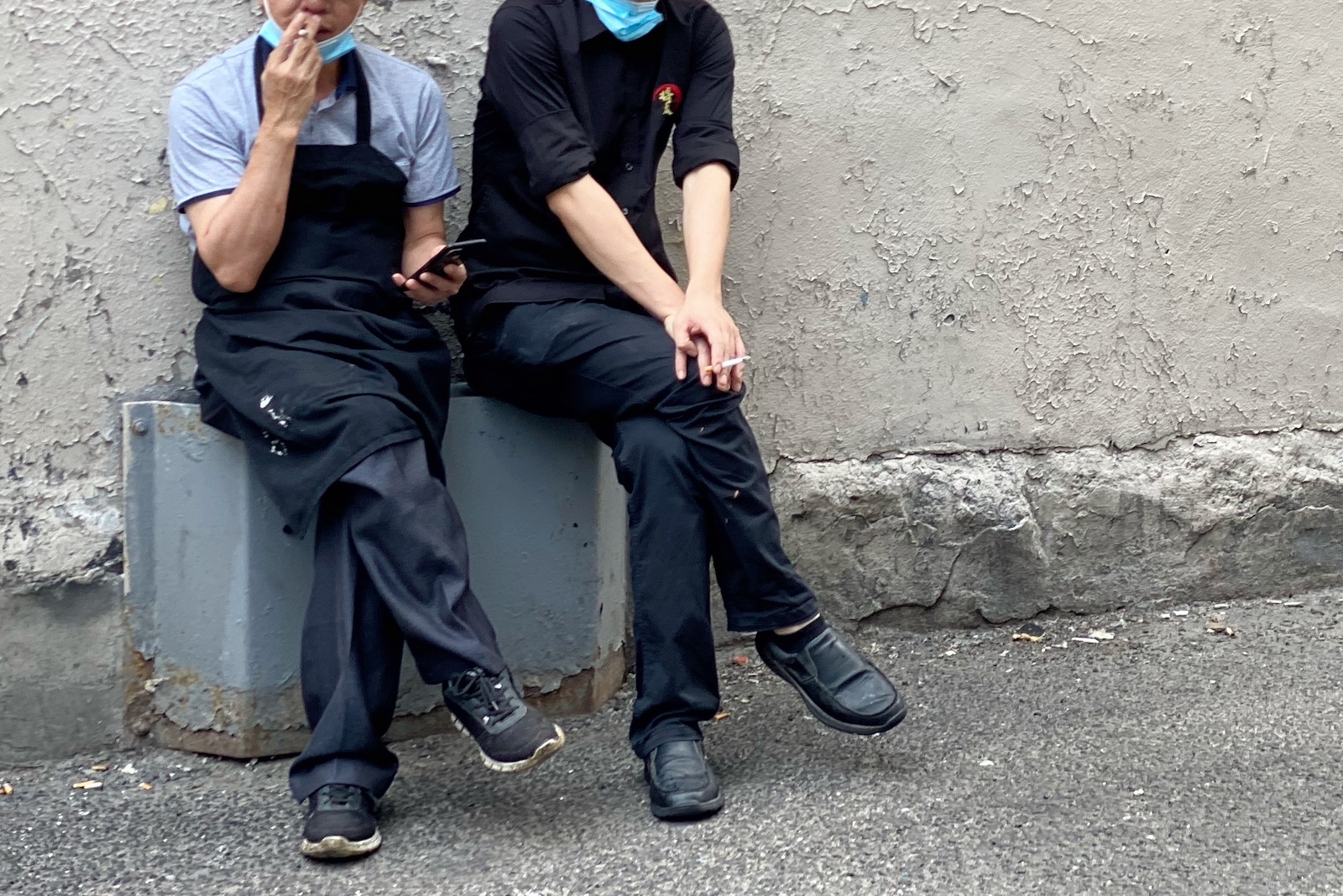 Tea & Two Slices is a longtime local news report from NEEDS frontman and dishwasher veteran Sean Orr, who lives and works in Gastown deeply aware of his privilege.

This is the red code for the climate. Will British Columbia do something? No, because we’re too busy protesting the bike lanes in Stanley Park; preserve large areas of single-family dwellings; complaining about buildings casting shadows and hugging our pearls as we try to recoup the income of $ 3 million from households; write editorials about downtown graffiti; drive in flashy supercars hiding place huge sums of money in tax havens; to complain about the bad traffic in the downtown core of a big Canadian city – while the rest of us are forced by the overwhelming weight of reality to alleviate our misery on cheap Amazon trinkets and slats at 5 dollars. Capitalism burns the planet and they make us feel bad for having had that second shower.

And yet I realize that this kind of fatalism is deeply rooted in privilege and that racialized communities will be hit hardest. There is a huge movement of people challenging the status quo every day, a wave of support for the Green New Deal and a fierce young resistance led by the natives:

The climate crisis is not an inevitable symptom of humanity. Indigenous peoples have demonstrated how to live sustainably on these lands.

It is caused by a small number of humans: the corporate elite who are eaten up by greed and the politicians who have chosen to maintain the status quo.

And then, without a hint of irony, the day this report came out, this: Ottawa says it must maximize revenues from Trans Mountain pipeline to fight climate change. It’s like saying that we need more murderers to fight crime, or that you need another drink before you have the courage to go to AA. This is the logic of neoliberalism in the broad sense. He speaks from both sides of your mouth. This is the best satire of Beaverton never wrote. Just a thought … maybe we could spend the $ 17 billion we’re spending on this pipeline to help us move away from fossil fuels?

Hold my record: B.C. Premier John Horgan slammed for playing Frisbee golf as province burns. While I hate giving Millennial Post clicks, it’s the only source of information that points to this tweet’s utter deafness. Horgan gets angry as Rome burns down.

It is even more frustrating.

This confirms what is already clear to British Columbians on the front lines of record heat waves and out of control wildfires.

The climate crisis is here and it is a global emergency. All levels of government must work together to meet the challenge.https://t.co/3Fuatxc8wN

He’s a guy whose government spent $ 1.3 billion on fossil fuel subsidies, flooding sacred lands to fuel hydraulic fracturing, the biggest export of which is coal – while sending paramilitary forces to smash old logging protest camps as the majority of supporters were in Victoria for the first anniversary of the blockade. He was a guy who said if British Columbians gave him a majority government to take decisive action, he would. He does not have. The only redemptive thing about this tweet is the pushback in the comments. People see through the superficial theater.

But internal documents on the BC Center for Disease Control’s heat alert system obtained by CTV News show that the criteria for moving to an extreme heat alert is when the maximum forecast at Vancouver International Airport is greater than 29. Â° C for at least two days or above 34 Â° C. in Abbotsford for two or more days.

The current forecast exceeds these temperatures in the Fraser Valley, but will only exceed 29 degrees at YVR for one day.

Penny Daflos is great, but if I see another weather report calling this summer’s record high temperatures “unprecedented” let alone the climate crisis, I’m going to lose it: Weather reports are now just a daily list of records broken in the last heat wave.

Remember when Naheed Nenshi worked 43 hours straight? Exclusive: Vancouver Mayor does not show up during June Thermal Dome weekend. I mean, to be fair, he’s been away for his entire tenure. Hey-oh!

Someone made a map of cooling centers in the Lower Mainland.

It would be one thing if we protected workers: ‘Almost no protection’: Surrey teachers worried about back to school in British Columbia.

But we all know how we treat workers in this province: Opinion: MP Ben Stewart apparently wants BC workers paid as little as possible. I would call for a boycott against Quails Gate but I know all my readers have real palaces.

â€œHousing is a human right. Speculation is not. Now you need to earn $ 253,000 to afford an average house in Vancouver. We are a failed state.

The city defines social housing as any real estate complex in which only 30 percent of the units are dedicated to households who can rent at or below market rate. The rest of the 70 percent of homes can be rented for as high as the market can bear.

This means that only about three percent of the 10,740 new housing units in the Cambie Corridor are affordable enough.

(Read in the voice of Dr. Steve Bruce) Can’t afford a house? Just trade in your car, idiot! Oakridge Center redevelopment offering a “car for a condo” exchange. â€œHowever, potential buyers will not be able to trade in any cars. To be eligible, the trade-in vehicle must be owned by a Dilawri dealership in British Columbia.

Many BC residents consider moving to a more affordable location: survey. Lol, like where? Germany? Because look at this animated graphic of home prices in Canada.

Willful blindness of willful blindness. Is Chinese Gang Money Laundering the End of Vancouver’s Housing Crisis? No. Did it have an effect? Almost without a doubt. How much? I guess we’ll wait until the Cullen commission releases its report.

If we keep trying, we could be like New York: Nearly half of luxury units empty into seven Billionaires’ Row buildings. Vanhattan, anyone?

Fun fact, every bus ad in West Van is for a real estate agent: West Vancouver Council Approves Reduction in Authorized Size of “Monster Houses”. Ah yes, your 7,000 square foot home should only have 6,000.

Growing movement demands free and expanded public transit in Canada. Why it doesn’t already exist is beyond me, especially with two Greens on the board.

Maybe it’s time to blow something up again. In the figurative sense of course! The man who blew up the lion in the courthouse.

Feel good story of the day: “It’s my little baby duck”: a man from Nanaimo forms a unique friendship with a duck.

The First Nations had advanced technological systems that had a small ecological footprint and then we came and ruined the day: Amazing 1,300-year-old technology found hidden in Comox harbor.

Podcast of the day: I remember John Furlong.

The Oregon Loop offers a wide variety of mountain biking