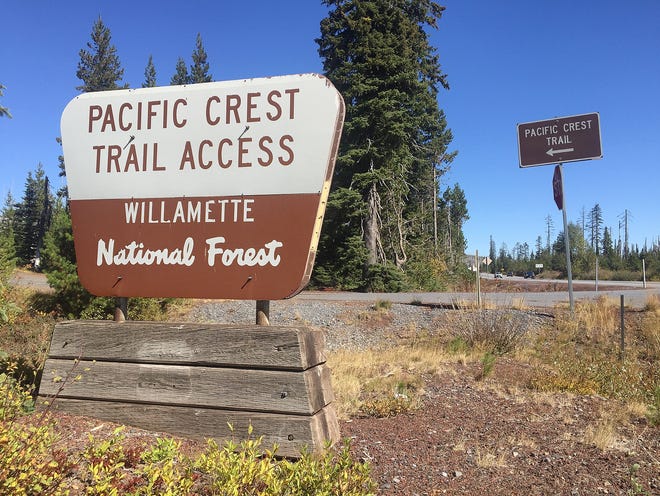 The larger closure on the Pacific Crest Trail will remain off limits for at least another month due to impacts from the Lionshead Fire, a blaze that erupted during the 2020 Labor Day Wildfires.

The US Forest Service said it plans to reopen the Mount Jefferson Wilderness segment through the Lake Olallie Scenic Area “in late August or early September,” the agency said in an email.

This fits into the timeline the Forest Service gave earlier this summer to begin reopening some of the 170,000 acres closed by the Beachie and Lionshead fires since Labor Day 2020. It could start happening mid -August to the end of August.

The PCT is in a rush because it is filled with hikers traveling from the Mexican borders to the Canadian borders on the 2,650 mile trail. The closure, which stretches from Pamelia Lake (mile 2,027) to Triangle Lake (mile 2,049), north of Olallie, meant PCT hikers had to take a long detour.

“There are safety issues regarding damaged and missing tread along steep sections of the trail,” Tammy Robinson, public information officer for the Willamette National Forest, said in an email.

The agency said it is working with the Pacific Crest Trail Association to clear downed trees, repair damaged tread and create a reroute where repairs are not possible.

“There are still unknowns,” Robinson said. “We still expect to be able to open within the above timeframe.”

In the email, Robinson said officials plan to manage the popular Jefferson Park area once the PCT reopens. The trail passes very close to the area of ​​alpine lakes and meadows that sits just below Oregon’s second highest mountain.

Eyewitness accounts and satellite data show that Jefferson Park did not burn significantly.

However, “we also have resource issues in this area because Jefferson Park is a very sensitive subalpine ecosystem,” Robinson wrote. “This is an area where what would otherwise be minor impacts in the low country, would take decades to recover in the subalpine region. We recognize that Jefferson Park is a beloved natural space among the people of the Oregon and we work diligently to protect it, and it’s important that we are able to re-route so that backpackers don’t create impacts on this resource by trying to hike in unsafe conditions (or to get lost in the process).

Robinson and other Forest Service officials did not return phone calls asking exactly what their plan for Jefferson Park would entail — whether it would be kept closed while the PCT reopens or how the Central Cascades Wilderness permit system would work. taken into account.

As for other public lands burned in the fires, the Forest Service announced in April that it would reopen areas this summer, lifting closures completely in some places while reopening others on foot and by bike only.

The agency said closure barricades would be replaced with signs warning visitors of potential danger where it made sense, starting this spring.

However, this has been slow to transpire.

On July 11, Robinson said in an email that the agency plans to open some areas hopefully within the next 30 days — so mid-August through late August.

“Opening closed areas continues to be a priority for our forest and the region as a whole,” she wrote. “Safety signage is still required in some areas of the forest, and we are working to have this completed within the aforementioned time frame. Additionally, we are working on the closure review process which can sometimes take some time as coordination is required with multiple resource areas.

Zach Urness has been an outdoor journalist in Oregon for 15 years and is the host of the Explore Oregon podcast. To support his work, subscribe to the Statesman Journal. Urness is the author of “Best Hikes with Kids: Oregon” and “Hiking Southern Oregon.” He can be reached at [email protected] or (503) 399-6801. Find him on Twitter at @ZachsORoutdoors.

Your money is trash, 2 big yields to buy NOW