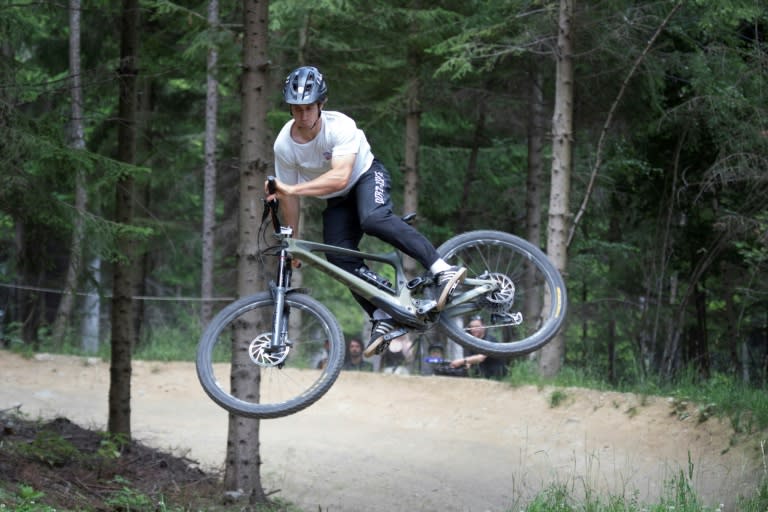 A village in the Austrian Alps known for its family-friendly ski resort has been forced to adapt to falling snow due to climate change, turning to a new downhill sport – mountain biking.

Bikers as young as three ride over landscaped jumps and curving forest paths, breathing new life into Sankt Corona am Wechsel, around an hour’s drive from Vienna, and providing a model for other struggling resorts.

“We used to be a 100% winter destination. Now we have to think about climate change and summers are booming,” said Karl Morgenbesser, who runs the Sankt Corona adventure park.

As the coronavirus pandemic increases enthusiasm for outdoor activities, many Austrians hope mountain biking and other summer sports can make up for winter losses in the Alpine nation, where skiing accounts for around 3 % of GDP.

Nearly a month of snow cover has been lost in the low- and mid-altitude Alps in half a century, according to a March study published in the scientific journal The Cryosphere.

And a recent report by the UN Intergovernmental Panel on Climate Change (IPCC) found that in the Alps, snow cover will decrease in areas below 1,500 meters (5,000 feet) throughout. of the 21st century.

– The elevator pulls the bikers up –

Located nearly 900 meters above sea level, Sankt Corona dismantled its winter infrastructure in 2014 after years of loss, with annual visitors dropping to 25,000 from 70,000 some 20 years earlier.

A summer slide and roller coaster-like climbing area soon opened, but the fortunes of the village of 400 people really turned when he designed a network of mountain bike trails.

While most mountain biking destinations offer steep inclines, Sankt Corona’s hilly trails are suitable for professionals as well as children who rely on training wheels, and now attract around 130,000 visitors per season.

“We really love coming here with the family,” said Lisa Goeschl, 33, who skied in Sankt Corona as a child and whose husband is an avid mountain biker.

“I think summer is a bigger hit with people (than winter) because there are so many activities on offer.”

Last June, a new T-bar lift – which pulls cyclists down the slope – opened because a shuttle service taking cyclists to the top could no longer keep up with demand.

“I wanted the T-bar lift to be as easy as possible,” Simon Hanl, a local mountain biker who designed the system to pull cyclists, told AFP.

Former snowboard instructor Morgenbesser hosts delegations from some of the world’s biggest ski resorts, curious to see how the small, low-lying village has adapted so well to a perhaps snow-free future.

Ski resorts first reacted to the lack of snow by investing to make it artificially.

But temperatures have become so hot that resorts in the Alps will have to consider other options, says Robert Steiger, an expert at the University of Innsbruck on the impacts of climate change on tourism.

“Diversification until summer is necessary for everyone, and mountain biking is definitely something that everyone is interested in,” Steiger says.

This weekend, go on the hiking trails of Oman