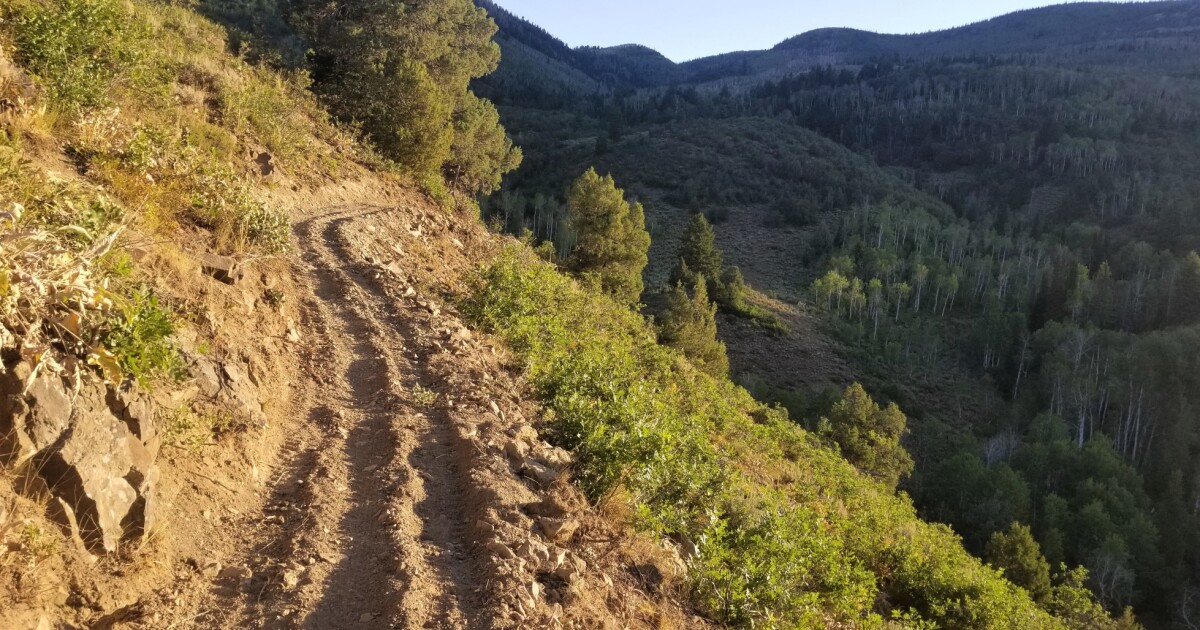 The Slate Creek Trail Groundbreaking Event, featuring a food truck and the trail builders from the South Summit Trails Foundation responsible for the trail, runs from noon to 4 p.m. at the Yellow Pine parking lot east of Kamas.

Corey Dutton, a board member for the South Summit Trails Foundation, said no special permits were needed to build and open a mountain bike trail in the National Forest.

“The steeper the slope the more unsuitable for mountain biking in the trails, in the national forest tend not to be well maintained and because there is just a lack of resources and so this is another problem when you have big huge boulder fields in the middle of fall in the trees, it’s pretty hard to ride a bike on that stuff, â€she said.

Dutton said how crowded the trails in Park City are, many people have already discovered the trail at the Yellow Pine Trailhead on the Mirror Lake Highway. This is a five mile loop, but the trail master plan being developed will eventually open up 50 miles for mountain biking and hiking.

â€œWe are currently working on phase two and approvals with the US Forest Service, which will extend the loop from five miles to another, almost nine miles and that would make some great terrain next springâ€¦ so we’re super excited about that. Dutton said.

This is a directional, beginner to intermediate trail that requires cyclists to go clockwise and hikers counterclockwise. Dutton said it was built with volunteers, forestry service staff and local trail-building legend Bob Radke.

â€œBob is famous for a lot of trails in Utah, but one in the Kamas Valley on the High Star Ranch Trail, he’s responsible for a lot of that hard work there, one in particular s’ calls the Radke Trail, its namesake, and it got a lot of publicity all over Utah, â€Dutton said.

Dutton said the South Summit Trails Foundation’s mission is to build more trails in the southern and southeastern parts of the county, as there are few recreation and transportation trails in the Kamas Valley. She said there was no stopping development, but she believes creating a master plan for the trails will put them in place for future growth.

â€œIt’s an exciting thing, because let’s face it, I mean, as you drive through this valley of Kamas, it’s so beautiful,â€ she said. “You see all these fields and farms wide open and that kind of farming vibe that’s out there, and it’s going to be a sea of â€‹â€‹houses someday.”

The South Summit Trails Foundation is looking for two new members for its Board of Directors and is always looking for volunteers.

The mountain bike starts up again