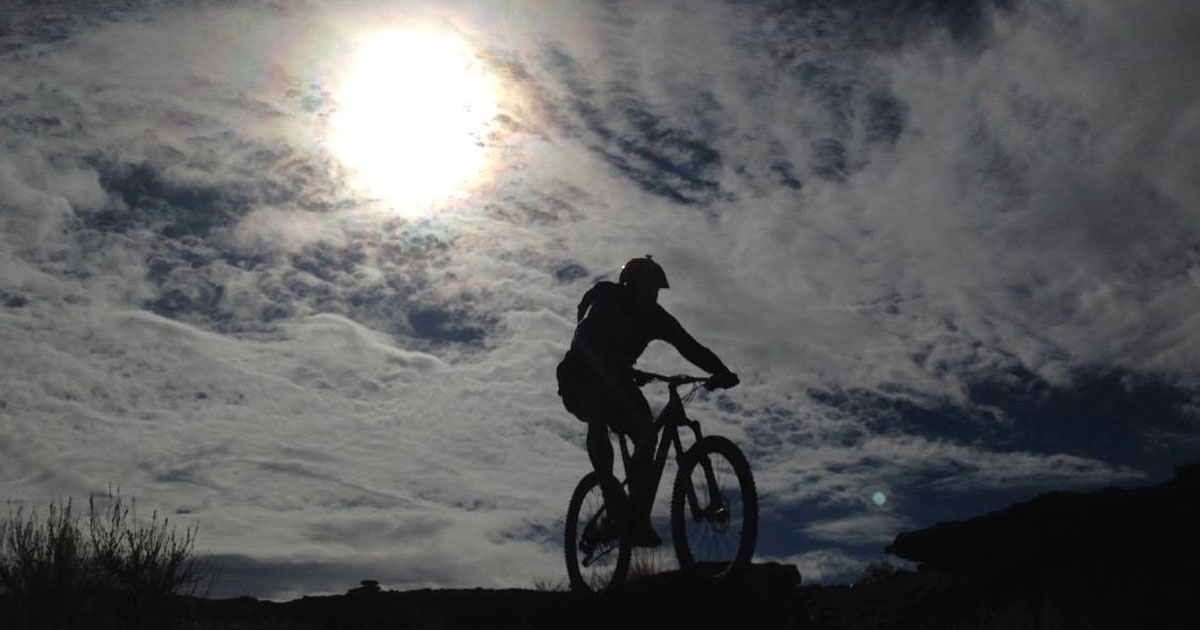 When Brent Skorcz and former Green River bike shop owner Tom McIntosh first started hatching the idea of ​​forming a local mountain bike association, they had no idea how far they could go.

Cycling enthusiasts approached the Green River Chamber of Commerce in 2010 to discuss creating a network of trails in the Scott’s Bottom Recreation Area which was primarily used for fishing and off-road vehicle use.

The Chamber agreed to let Skorcz and McIntosh begin their work on what is quickly becoming one of the most popular mountain biking areas not only for residents but also for travelers.

Advertisement – The story continues below…

“From there, we started attending mountain bike association summits and getting information on how to get more people involved,” Skorcz said. “Then we built the bike park in Green River and a few people were riding it, but there wasn’t a lot of interest like we thought.”

The bike park eventually gave way to the new BMX track in the same location, but by this point it was becoming clear that the terrain around Green River offered some of the best hiking trails in southwest Wyoming.

The Sweetwater Mountain Biking Association (SMBA) has worked hard with pasture association landowners and the Bureau of Land Management to improve existing trails and develop new ones in the area. The next step was essential for both the expansion of the SMBA and the Green River trail system.

“We wanted to be able to sign (the trails) and put them on a map so other people across the country traveling on the highway know they’re here,” Skorcz said.

Hope they stop and drive, grab a bite to eat, fill up on gas, maybe stay the night and help the economy here.

The BLM gave positions and drivers to the SMBA to plant the signs and the association added the stickers that guide mountain bikers through the trails. Skorcz said the pasture association has given the SMBA its blessing to expand the trail network as long as the group promises to be good stewards of the land.

Jason Medler, owner of Skorcz and Bike and Trike, then set out to GPS all existing trails in the area. At first the BLM did an overflight and determined there were too many two lane trails in the area. Motorized trails were too steep for mountain bikers. Skorcz said he and Medler gave the trails names, but “we were never going to put any signs there anyway.”

But in 2019, after the trails had all been mapped on GPS, Skorcz and Jim Dunks pitched their work to the BLM who eventually agreed to let them sign the trails.

“The state wants us to have more tourism as well, so that’s part of the reason they allowed us to do that,” said Skorcz, who is currently the SMBA’s treasurer.

SMBA currently has 22 paying members and encourages anyone who loves mountain biking to come join the fun. There are about 15 non-paying members, but the group has expanded to runners from Rock Springs and even Bridger Valley.

Membership fees are just $25 per year and include insurance, SMBA swag, voting rights at all association meetings, and attendance at the club’s annual Trail Days summer event.

Association President Charles Whitaker invites everyone to discover the club website, Facebookand instagram pages for all past events of the current club. The group also encourages all other non-motorized activities like trail running, hiking and horseback riding to join the association.

“If people want to come to one of our meetings, it’s currently every second Thursday night of the month at 6:30 p.m. at the Green River Chamber of Commerce,” Whitaker said. “And we’ve been riding every Monday night since the start of the season.”

Whitaker says the association hopes to start scheduling “fat bike rides” on winter weekends and “try to do it year-round if possible.”

We have 300 sunny days here and the snow is not that deep.

Whitaker said the SMBA is currently working with the Green River and Big Sandy ranching groups to expand the trail system. He said “the big one” takes care of the people who recently bought up all the land Anadarko owned.

“Once we have an agreement with (Sweetwater Royalties LLC) we will talk about other trails on their land and on BLM land,” he said. “BLM would like to build a campground (on the Rock Springs side off Little Firehole Road at the base of Wilken’s Peak) and then we’ll bring trails from that side to that campground.”

Whitaker said if BLM installs the campground, runners will have access to trails from Green River to Rock Springs, with runners from Rock Springs being able to connect to a trailhead system along WY Highway 191 South near Wilken’s Peak.

Some BLM studies still need to take place before the campground is approved, but once those are complete, Whitaker says expansion work can begin.

Skill level is not an issue with the SMBA and the club encourages any mountain biking enthusiast to join and have fun.

Where to Find Adventure in Namibia: Dune Boarding, Rock Climbing, Surfing and More