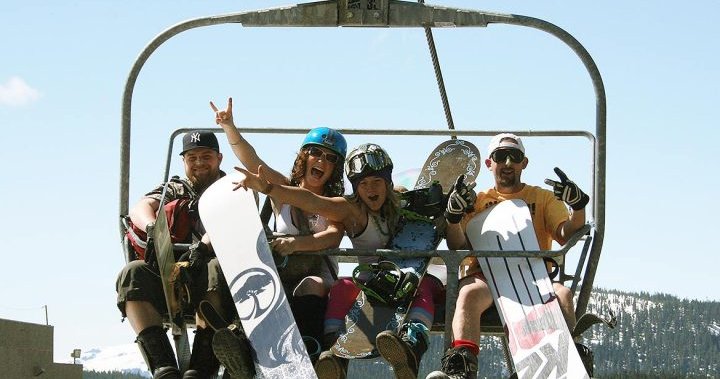 As a long stretch of cold, wet weather stretches into late spring, Mt. Washington announced it will reopen for skiing over this year’s Father’s Day weekend.

“So you know how everyone talks about the interesting island weather that keeps us on our toes? We roll with that,” Mt. Washington staff said.

“Get your toes back in those ski boots and feel the rush of snow slide one last time before bike and beach season kicks in.”

Skiing in June? We know you are ready! This is Snowmer: Ski & Soar. A Father’s Day weekend event. Get all the details at 👉 https://t.co/rthWiptPUc

On June 18 and 19, the Whiskey Jack Chair will operate from 10 a.m. to 3 p.m. offering access to limited terrain, the “Coaster” ski run and terrain park, depending on the alpine resort.

“One-day lift tickets will also be available at the box office at $29 for adults, $19 for youth/seniors, $9 for children and all dad’s skis free.

The resort’s Eagle’s Flight ZipTour will also be open.

This is the first time the resort has opened lifts over Father’s Day weekend in more than a decade.

1:08
Nanaimo teenager hailed as a hero after saving woman buried in avalanche

Nanaimo teenager hailed as a hero after saving woman buried in avalanche – April 19, 2022