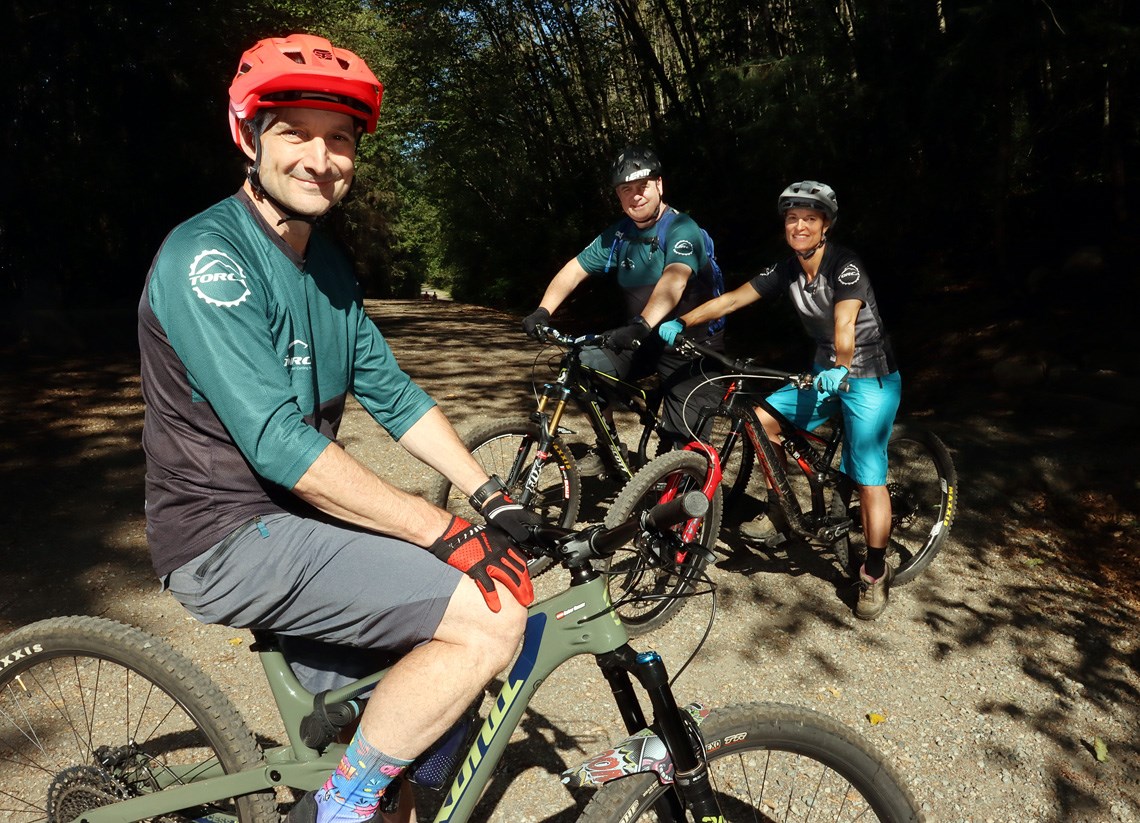 More people than ever are using the local mountain biking and hiking trails. This puts pressure on groups like the Tri-Cities Off-Road Cycling Association (TORCA) to maintain these trails and educate users on their proper use.

The COVID-19 cycling boom that is depleting stocks at local bike shops and forcing you to abandon your ride for up to a month when it needs a service or tune-up impacts the trails local.

This increases pressure on local groups like the Tri-Cities Off Road Cycling Association (TORCA) to educate newcomers to the sport on trail etiquette and recruit veterans to maintain the routes.

Director Karaleen Gioia said data compiled from Trail Forks, an online app where cyclists and hikers can plot routes and log their efforts, shows “a huge increase” in the number of users accessing the 23km sanctioned trails on Eagle and Burke Mountains in Coquitlam, where ridership is up nearly 35% and in Bert Flinn Park in Port Moody, where use has quadrupled from pre-pandemic levels.

All of those extra hiking shoe tires and soles have the potential to erode existing trails, trample vegetation, and even spray sediment into water-rich streams.

TORCA was founded in 1998 as the Tri-Cities Off Road Cycling Coalition to help foster a peaceful coexistence among outdoor enthusiasts seeking to access and enhance the existing network of unofficial trails in the mountains and areas. foresters and property owners and developers.

Over the years, which included a slight name change as TORCC became a registered non-profit, the group has become an advocate for trail access in the Tri-Cities, forging relationships with municipal stakeholders. and provincial, organizing volunteers to build and maintain trails. and organize community events to raise awareness and develop mountain biking.

Yet, said Gioia, educating riders and hikers about their responsibilities on the trails is a huge component of TORCA’s work.

â€œWhen people see how much work is put into a trail, there is a greater willingness to be respectful,â€ she said.

Often times this work is invisible to users, such as the foundation of heavy rocks and stones under certain trail sections, the use of natural materials from the forest floor to create reinforcing structures or berms, or the subtle placement of a route to prevent dirt and dust from sliding into a nearby stream.

The group is also working to step up its educational efforts in more apparent ways, such as increased signage along trails to alert users to each other’s presence, remind users to stay on designated trails, or simply their ask to stay completely off the trails when they could be saturated. by the rain.

â€œThe signage is huge,â€ Gioia said. â€œThis is the person there at the time. “

The group is also working with cities to place kiosks at the start of the trails. They will be marked with QR codes that users can scan with their cell phones for information on trails, hazards they should be aware of, and challenges they might face.

Gioia said that all of these efforts ensure that the trail network remains sustainable and can absorb the growing number of users while minimizing conflict.

But, added Huszar, “We still have a lot of work to do.”

TORCA is currently holding a raffle to raise money for its efforts as well as an initiative launched by an advocacy group called Color the Trails that promotes inclusion in sport. The first prize is a limited edition bike from Burnaby’s Knolly Bikes valued at approximately $ 10,000.

The draw will take place on October 17th.

To learn more about TORCA, as well as a link to the draw, visit www.torca.ca.

Ski collision was not the fault of a 9-year-old, says Utah Supreme Court

Maine author will talk about a 489-mile family hiking adventure

The 10 best US cities for hiking, according to a new study