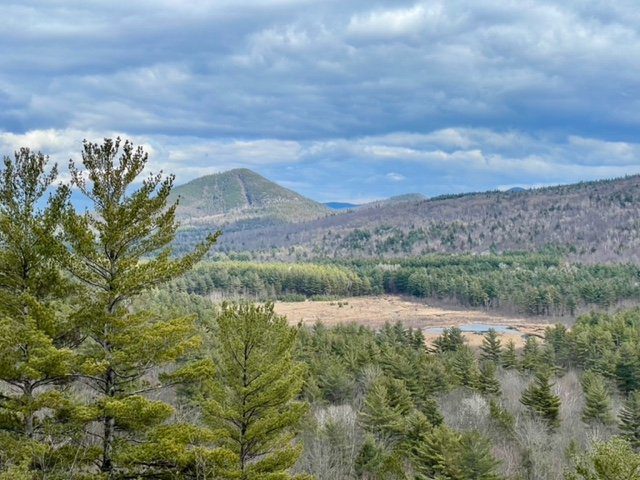 It was January, and the snow was crisp and slippery but not deep, not the kind of base you’d want to mountain bike on – so of course that’s exactly what someone had done at Otis Mountain where we were doing a short hike on an excellent network of trails which in the summer will be packed with cyclists.

He had traversed the famous waterfall of Otis Mountain, which was frozen at the top with a steep drop as a reward for an untimely slide, and he (it had to be a him, right?) obvious slides and spinouts by his track.

It reminded me of a Lollapalooza I had been to (long story, not worth it) where I saw a bruised, blood soaked child staggering out of the mosh pit and heard the one of his friends exclaim, “Wow, you must have really had fun.”

Well-made mountain biking is a forward-thinking sport, but which we mere mortals can still enjoy at lower altitudes. But the cyclist in front of us knew no limits. We didn’t know the lay of the land at the time and, with snow covering the tread, we were dependent on the bike path to take us through the backcountry. Until at some point we realized we were putting our safety and well-being in the hands of someone who was clearly insane, and we turned around and drove off.

The Adirondacks are home to a growing number of MTB networksand many of these trails are quite scenic and provide a great option for off-season hiking.

the Barkeater Trail Alliance Beaver Brook Tract on Hardy Road in Wilmington, for its part, offers some excellent vistas accessible by attractive trails that may not be on the radar of people who prefer two feet to two wheels. This week we hiked the Double Time and Good Luck trails to a pleasant view of the High Peaks to the south and a beaver meadow to the north.

At the top were a mother, her child and a puppy, picnicking and enjoying the view. We agreed that as a bike trail, Good Luck is a little peppery for us, but as a hiking trail, it’s more enjoyable. I had biked Good Luck before and thought it was killer – but riding it the same trail seemed moderate and convenient. It’s all a matter of perspective, I guess.

Mountain bike trails of course have more loops than an elevator soundtrack, so there is always the option of taking a different trail than the one you rode on. We completed the Good Luck circuit before ending on the Beaver Brook View trail, which leads to a view of the beaver pond, flanked by Whiteface and the Sentinel range.

This is a hardened, accessible trail with a view so great you might even forgive the beaver the next time it gnaws at your trellis.

Hiking the off-season mountain bike trails as we wait for the mud to harden has another benefit for people of moderate skill like me – you can explore the route to see if it will be manageable for you on two wheels or whether it is better to leave it to the professionals. Either way, on a bike or a boot, they’re too good to be without.

9 places near Denver to learn the sport