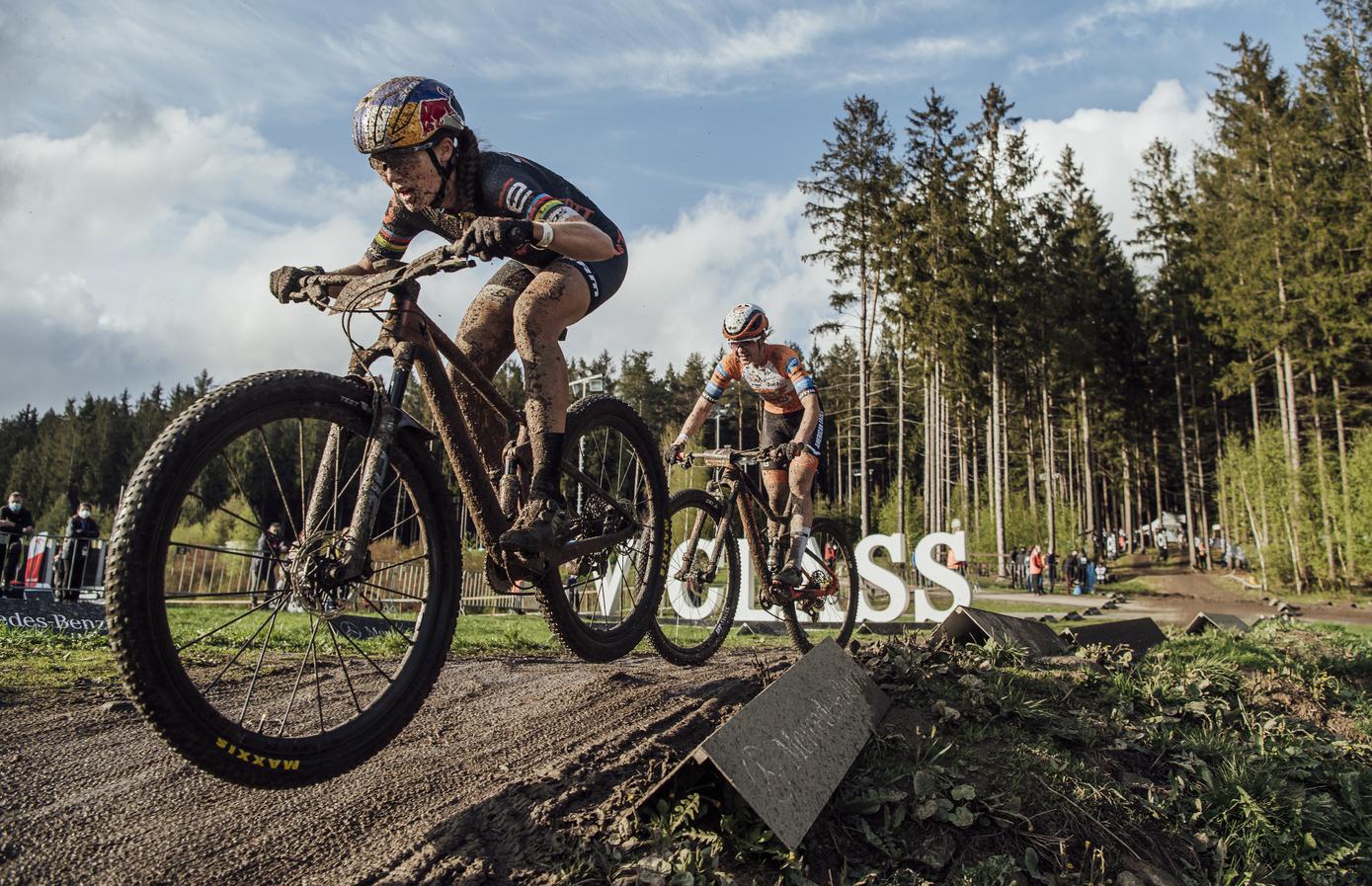 For the Olympians, the pandemic has been a complete stop. A derailment. Like hitting a boulder on Mount Tam’s Hoo Koo E Koo Trail and hovering over the handlebars of your mountain bike.

“Everyone stopped and had to recalibrate,” said Jim Miller, athletic performance manager for USA Cycling. “It was a hard reset, like holding down the big power button on your computer.”

But the restart is complete. Everyone is back and ready to go. Especially Miller’s star mountain biker Kate Courtney. The Marin County native, who was born in the same place as her sport – on the slopes of Mount Tamalpais – is a year older, a little wiser and ready to compete.

“I use a lot of the skills I learned in 2020 – staying focused, being resilient, taking on challenges,” said Courtney, 25, recently. “All of these skills really help me stay on track and keep my goal in mind. “

Courtney’s goal is gold in Olympic mountain biking. The 2018 world champion is seen as a serious contender for the top step of the podium, a place no American has reached (American women won bronze in Atlanta and London; American men have never achieved won a medal).

“Absolutely, she has podium potential,” said Miller, who knows it when he sees it. During his previous stint at USA Cycling, Miller led the riders to 14 Olympic medals, including three gold by Kristin Armstrong.

Courtney’s ability to focus, even through challenges, is a personal mark. She turned professional at age 18, the year she graduated from Branson-Ross. She competed while earning a degree in human biology from Stanford.

“She has always been a very determined, energetic and powerful person,” said her mother, Maggie Courtney.

When Kate was only 3, every night Maggie would place a project next to her spot at the breakfast table: a puzzle, an art project, a new Lego set. That way when Kate got up she had something to do – and Maggie could sleep a few more minutes.

“She sets a goal and then strives to achieve that goal,” Maggie said. “She holds herself to a very high standard. But it’s not robotic. It is not torture. She brings a real feeling of joy and pleasure to her activities.

Courtney found joy and pleasure during a pandemic year that interrupted a hectic schedule she had had since high school. She adopted a puppy; Monte has gained notoriety as Courtney’s trackmate in her Instagram posts. Last February, she got engaged to her longtime boyfriend, Will Patterson.

She has also started a scholarship program, Sparkle On, for high school students who have raced in the National Interscholastic Cycling Association and want to continue mountain biking in college. Four seniors will receive $ 10,000 each; Courtney learned the importance of support and mentorship while participating in the Stanford club team.

“Of course a year ago I would prefer everything to go as planned,” Courtney said. “But in many ways, the pandemic has helped me become a better athlete and a more balanced person. It allowed me to develop a much more focused mindset.

The year forced a break Courtney had never taken. As a child, she started mountain biking in tandem with her father Tom. (“She took my place,” said Maggie, who had been the original tandem partner, laughing.) Growing up, Kate did ski and horse jumping races and ran cross country. ; she started mountain biking only as a cross-training for running. But she fell in love with the sport.

From her first year of high school, she was fully engaged in mountain biking and international racing. She went to Stanford but continued to run professionally and still managed to graduate in four years.

Then came a full-time racing career, a world championship and an Olympic spot.

“It was fast and furious,” Maggie said. “I think last year she was finally able to make up for it.”

Courtney had a shortened fall season in Europe, but had a normal running schedule this spring. She and Miller were happy with her results.

“His level is really high,” Miller said. “She’s very consistent. … I think she is exceptional.

Courtney had a setback this spring. After a big accident at Nove Mesto in the Czech Republic, Courtney learned that she had a fractured ulna. She wore a brace while she healed and rode more road bikes to reduce vibrations. But the break should be completely healed before the Tokyo Games.

“As my coach said, ‘If it was easy I would be worried,’” said Courtney. “The Olympics involve a lot of chaos. There always seems to be a dramatic and roundabout path to success. “

And the course has never been so tortuous as for these pandemic Olympics. Courtney will travel to Italy for a training camp before the Games. Due to COVID restrictions, Maggie and Tom, along with her brother and fiancé, will not be able to travel to Japan to see her compete on July 27.

“Of course, I’m very disappointed that we couldn’t be there,” said Maggie. “But it has been a very long process. I am so happy that this is happening.

The family will gather to watch the race together. Maggie expects the viewing to be a “scary and emotional” experience, watching her motivated and focused daughter try to make a dream come true.

“Really, nothing is stopping this Kate Courtney,” her mother said. “Just get on the train.