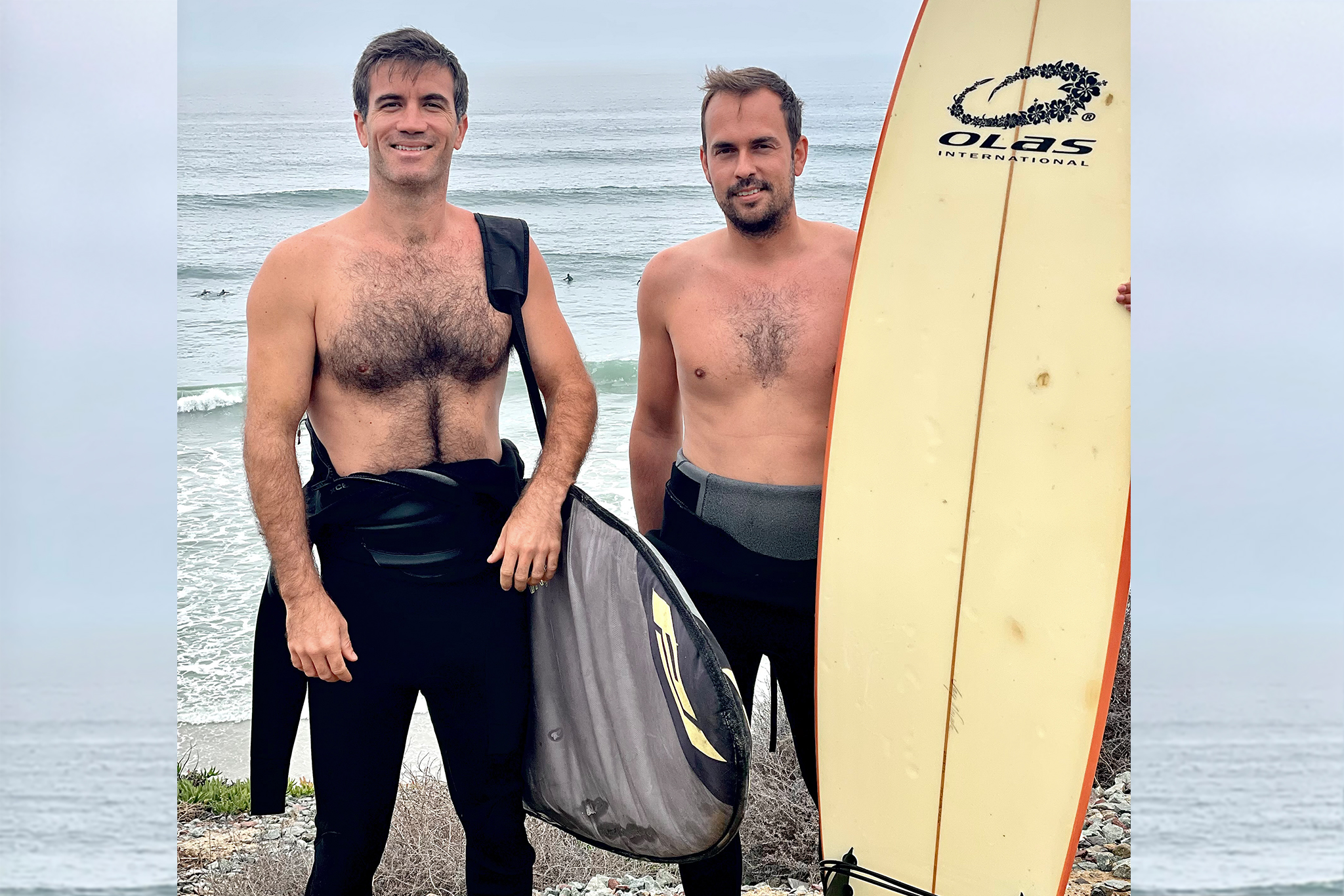 It’s not just about surfing, it’s about being in the water.

Severin: No, I am from Bern, Switzerland.

How often do you surf?

How long have you been surfing?

SÃ©verin: 2 and a half years

Cody: This place (Del Mar) and Beacon’s. I mean, word has already gotten out there, so yeah, probably Beacon is in Leucadia.

Favorite time in the water?

Cody: We have this thing, where if we have a really good [surf] session, shall we say, if a shark attacked us, we wouldn’t even retaliate. We would just give up. I would let him catch me. These are the days when the weather is nice. The water is pleasant; probably a little taller than today, like 4-5 feet. These are the best times.

SÃ©verin: I agree, good conditions. I like a sunny day and a little bigger [waves] than today.

Cody: Just one. A longboard got me. I had to put stitches on myself. He was making a foot that day. They say it’s more dangerous to surf when it’s smaller than it is bigger, because you get more complacent.

What surf etiquette do you want people to follow?

If you could surf anywhere in the world, where would it be?

SÃ©verin: Bali. The water is very nice and warm and the people are friendly.

Any advice for new surfers?

Cody: I â€‹â€‹would say, do it! Once you’ve been there a few times it’s not just about surfing, it’s about being in the water. Don’t worry about the crowds or if it’s territorial. Outside of PB and OB, which are a bit more territorial than they used to be, everywhere else in San Diego, it’s pretty cool. Just get in the water and have fun.