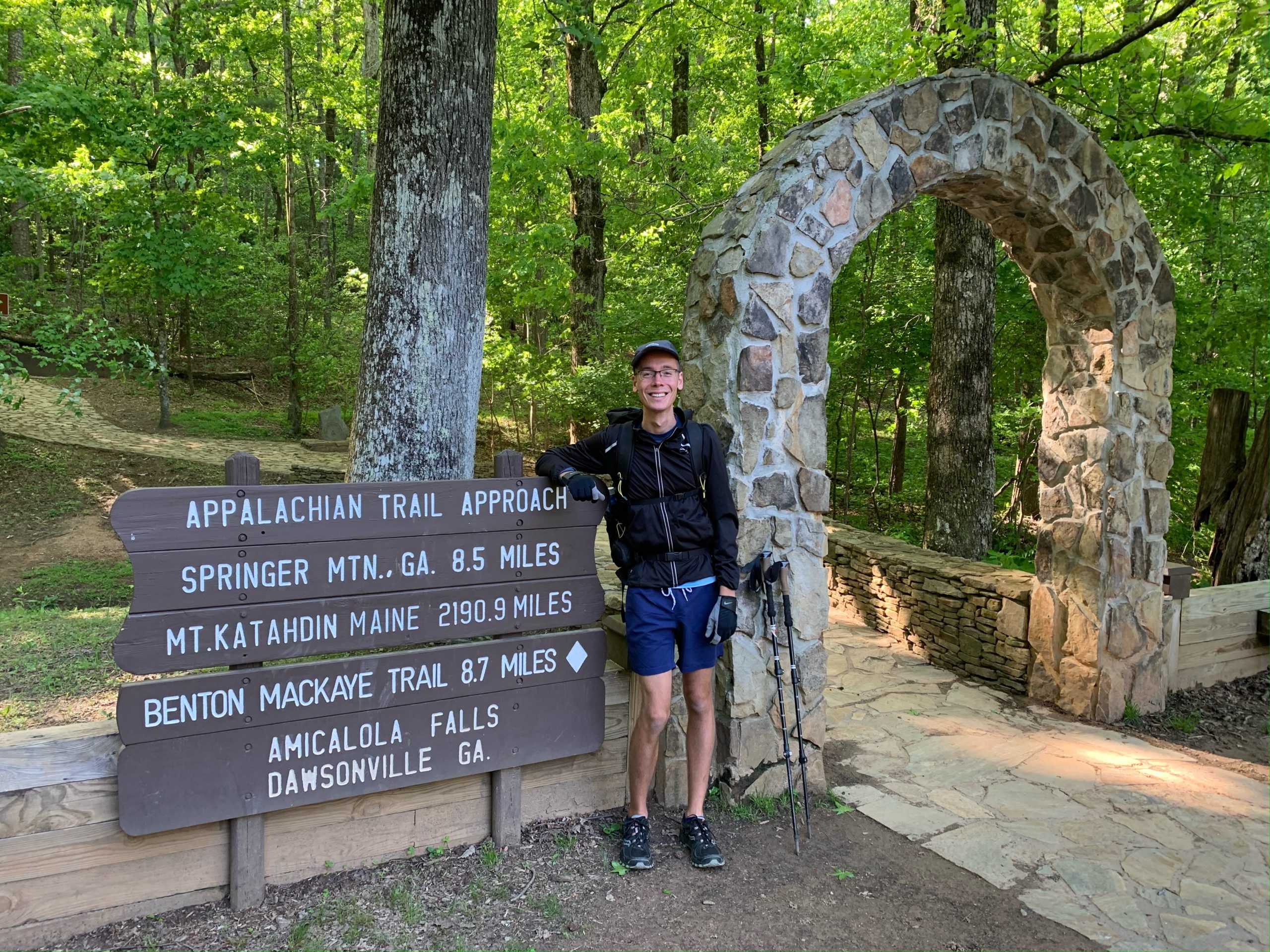 OAK ISLAND – Luke Bennett has covered more than 20,000 miles in his 22 years of life and plans to take on a new challenge in early April when he hikes the Mountains-to-Sea Trail (MST). It will report on its biodiversity, and the North Carolina Wildlife Federation (NCWF) will publish its findings as part of the Hiking for Habitat campaign.

The Oak Island resident will travel the 1,175-mile route spanning the Great Smoky Mountains to the Outer Banks. Originally, he hoped to complete the challenge with a target of 28 days, which would smash the fastest known travel time (29 days and eight hours) on the MST. The more he thought about it, the more he decided to revise his plans to admire the landscape.

“I wanted to make sure I could go at my own pace,” Bennett said, “and not be too exhausted to enjoy my surroundings.”

Some friends and family will support him along the way to help him restock, but he will travel alone.

Bennett’s trip coincides with the 45th anniversary of the MST, first proposed in 1977 as the state’s flagship trail. It will start at Jockey’s Ridge State Park in Nags Head and head west to Clingmans Dome in Great Smoky Mountains National Park.

The MST passes through four national parks and two national wildlife refuges, connects to 10 state parks, and passes through three national forests. Bennett admitted he was a little apprehensive about the 39% of the trail that requires roadside walking.

“[It] offers rugged terrain and a chance to experience the state’s geographic diversity,” Bennett said, referring to his connections between the coastal plain, Piedmont and the mountains. “My goal is to show what’s out there, bring attention to the area, and make people realize there’s this amazing resource in our backyard.”

“What makes the Mountain-to-Sea Trail so unique is that it connects closely with our state’s wildlife and beautifully showcases the diversity of North Carolina’s landscapes and natural resources,” said added NCWF spokeswoman Kristine Goodyear.

A graduate in biology, Bennett will document his journey through photos shared on an NCWF blog. The aim is to raise awareness of the flora and fauna native to this region and to highlight threats to wildlife such as fragmented landscapes, litter and debris, wildlife passages, evidence of climate change in coastal areas and invasive species, according to Goodyear. .

The Habitat Hike will raise money for the NCWF. Supporters can make donations in honor of Bennett’s journey with $10 per mile. An anonymous donor agreed to match all donations up to $10,175 according to the donations page. All proceeds benefit the NCWF.

Originally from Durham, Bennet has always loved the outdoors and spent his childhood fishing, swimming and exploring the Eno River. He started running cross-country in the seventh grade, but still entered his first race at Eno Park. Bennett graduated in May 2021 from Appalachian State University and hiked the entire 2,193-mile Appalachian Trail soon after.

“It was the best time of my life,” he said. “That’s what really boosted my interest in hiking.”

It typically takes hikers five to seven months to complete the Appalachian Trail, and only one in four actually complete. Bennett covered its entirety in 100 days. He averaged 25-30 miles a day, which he will likely repeat, depending on weather and terrain. Along with “expecting the unexpected,” Bennett said his experience taught him a lot about hiking and even more about life in general.

“I learned to stay motivated, to travel light while being prepared, to hitchhike, to pitch a tent on an icy slope in the rain, to embrace loneliness, to make camp food enjoyable to taste, to being dirty and not caring, how to listen to my body — I could go on listing things all day,” Bennett said.

After realizing how much attention his Appalachian Trail adventure had gained through word of mouth, Bennett realized how he could amplify that by using a popular online platform for a good cause. He then cold called the NCWF because their missions and values ​​aligned. He said the NCWF team was just as eager as he was to team up.

“If I want to take the time to do something, I want to make sure the attention isn’t all on me,” Bennett explained. “I wanted it to reflect something I’m passionate about, something meaningful to me.”

“I really don’t want to meet a bear,” he laughs. “Maybe as long as they’re a good distance away.”

Bennett plans to travel light, with just his backpack and the essentials: water, food, tent, sleeping bag and cushion, small stove, clothes, electronics (phone, headphones, power bank and charger), headlamp, toiletries and a personal diary. . His plan is to restock groceries along the way.

He will camp every night, except for a few nights when he might stay with family who live nearby, a cheap motel to escape the elements, or with MST volunteers called “angels,” who provide hikers with supplies and free accommodation.

To prepare for his hike, Bennett said he kept active — running uphill and over rough terrain in particular, as well as stretching and playing pickleball. He also studied the trails to plan his stops and understand the logistics.

“I have accumulated money, so I can afford to go a few months without income,” he added.

After completing the course, Bennett will move to Raleigh and begin an accelerated riding program. His ultimate goal is to one day work for the National Park Service.

Want to know more about PCD? Subscribe now then sign up for our morning newsletter, Wilmington Wireand get titles delivered to your inbox every morning.

World surfing champion Gabriel Medina is selling a lavish beachfront resort for $1.5 million following the collapse of his marriage to model Yasmin Brunet!

10 things to know about para-alpine skiing