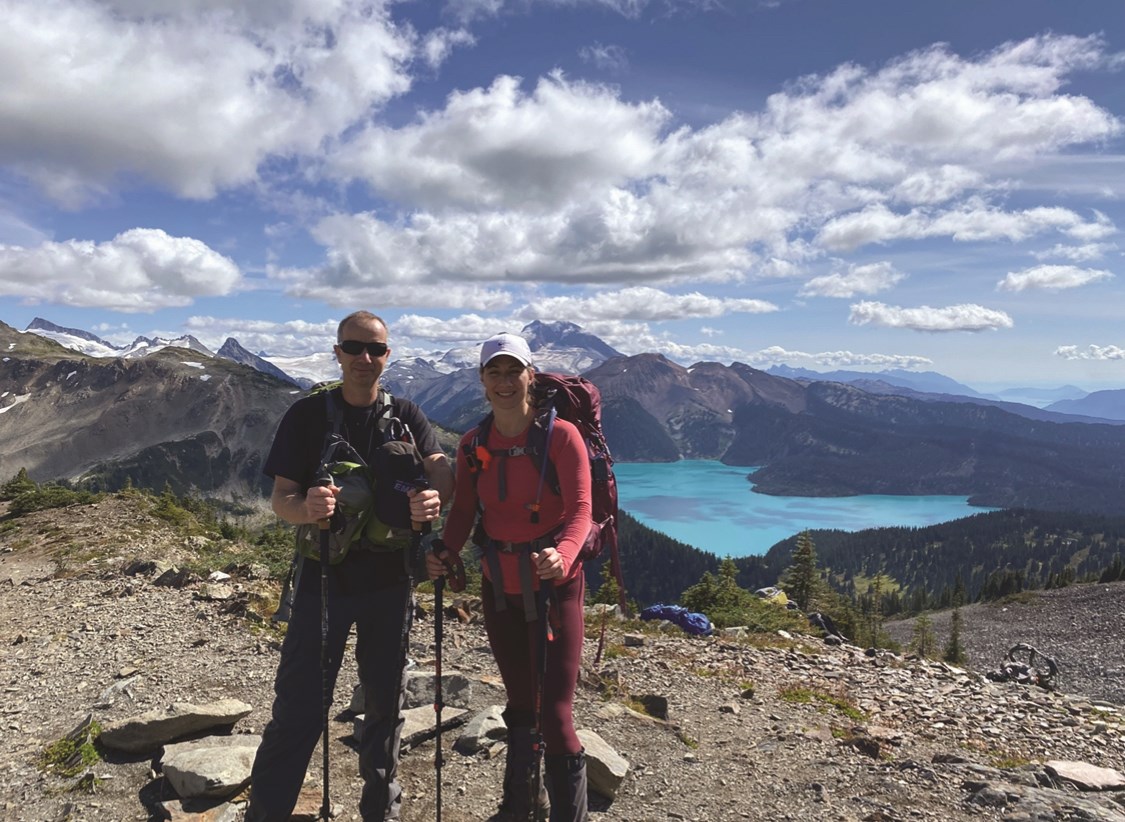 The goal is for veterans to not only reach the summit, but to finish the trek armed with an education that will improve their quality of life.

Hiking through the rugged, rocky peaks of the Coast Mountains can be a grueling undertaking, even for the roughly 80% of Canadians who don’t live with chronic pain.

Add relentless discomfort into the mix, and even getting to the trailhead becomes its own uphill battle.

Hoppe, a military veteran who resides on the Sunshine Coast, first began working with Rite to learn not only how to deal with his own pain, but also how the mindset of veterans and military personnel impacts their healing journey – “the way we are trained in the military, how we go through pain,” Hoppe explained. was one of his goals.

“To see the real joy he had when he achieved that goal was really, really meaningful,” Rite recalled.

Now, Hoppe and Rite are gearing up to share that same experience with a group of 13 — eight of whom are also veterans — on Saturday, August 27, with attendees traveling to Whistler from across the country for the event. Blackcomb Helicopters will ferry hikers to the company’s estate near Pemberton, where the group will trek approximately seven kilometers through alpine terrain.

The event aims to help participants set goals while managing their chronic pain.

Although military veterans suffer from chronic pain twice as much as the civilian population, Hoppe said, strategies for coping with chronic pain and promoting safe movement aren’t exactly topics covered in basic training.

“My intention was to develop a hike that wasn’t just a hike,” the organizer said. In the months leading up to the ride, participants virtually met with professionals like Rite every two weeks to learn about topics like chronic pain, safe movement, and nutrition, for example. The goal is for veterans to not only reach the summit, but finish the trek armed with an education that will improve their quality of life, Hoppe explained.

Additionally, “when we joined the military, we were looking for adventure, achievement and camaraderie,” Hoppe added. “That’s part of what this hike does, plus the knowledge at the end.”

Veterans also have to deal with the psychosocial effects of the “change of identity” that accompanies leaving the military, Hoppe said.

“In the military, it’s mission first, self last. So if you always put yourself last and go through the pain, that’s a challenge,” he said.

The hike program is also an opportunity to engage veterans in research conducted by both the Chronic Pain Center of Excellence (CPCoE) and clinics like CHANGEpain, Hoppe said.

Hoppe is currently Chairman of the CPCoE Advisory Board for Veterans. He served 20 years in the Canadian Armed Forces beginning in 1982, including a tour of Bosnia, during which he saved three children from being shot by a sniper, earning him the Governor General’s Meritorious Service Cross and the Medal of Bravery. for his courage under fire, before continuing his military service with a career in public safety and security. After leaving the military, Hoppe completed a business administration and human resources program, as well as a master of arts in leadership and training, and remains heavily involved in veterans advocacy. CHANGEpain, on the other hand, works with the CPCoE as one of the centers of excellence for Canadian veterinarians.

Hoppe and the CPCoE also launched a podcast earlier this year, titled “The Most Painful Podcast,” bringing in experts to talk about pain and other related topics.

“This hike and this podcast are all part of educating veterans, but it doesn’t just help veterans,” Hoppe said. “This information will help anyone [struggling with chronic pain] the low.”

The hike is, ideally, the first of many in the years to come.

“To be able to not only help veterans by educating them and finding services that help them, but to really walk this journey with them and get them to a point where they can really see that so much is achievable. … is a very powerful thing,” Rite said. “I think hiking is pretty unique that way. There aren’t many programs out there that are such a tangible goal in a way that I think is transformative; lifestyle change.”