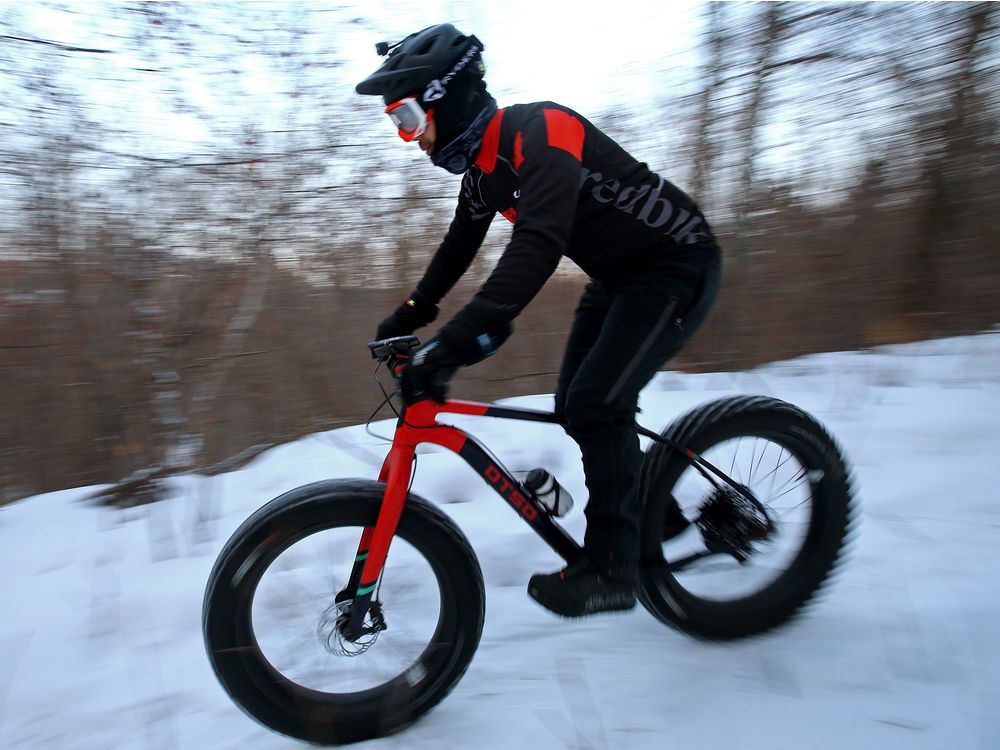 A proposed policy that could restrict cycling in many areas of the Edmonton River Valley is facing strong opposition from the mountain biking community.

The current draft of the City’s River Valley Planning Modernization Project calls for a cycling ban in designated “preservation areas,” which make up much of the North Saskatchewan River Valley. The plan, which is part of the city’s updated Green Ribbon Policy, is currently undergoing public engagement and has not been approved by city council. The proposed preservation areas do not include large river valley parks, but a large majority of the trails that connect the park system.

Cycling advocates have spoken out against the proposal since it was released by the city for comment. The Edmonton Mountain Biking Alliance (EMBA) estimates that over 90% of the trails currently used by the community are in protected areas.

On Thursday, Director of Urban Growth and Open Spaces Lindsey Butterfield said the plan had not been finalized and the city would consider feedback.

She said the city intends to work with the mountain biking community to find a balance between keeping some trails open to cyclists while protecting river valley areas. There are no plans to ban mountain biking in the area or cut off the river valley as a transportation option for cyclists, but trail building is not encouraged, she said. .

“It’s a very difficult balance. Once our primary ecological corridor — the North Saskatchewan River Valley — is damaged, it’s extremely difficult to replace what’s lost. But we also recognize that we serve Edmontonians and that we need to provide areas for fun, recreation and celebration in the valley,” Butterfield said. “The intent of the ribbon of green is not to ban mountain biking, it’s to ensure that ‘It’s built into our plan and into our valley and that we understand the best places for this activity to take place so that it doesn’t harm our ecosystem beyond repair.

Although the city has said it will hire mountain bikers on every trail, EMBA President Joe Yurkovich said the problem is that hiking will be allowed in all preservation areas, but cycling will not. He argued that there was no difference between the two in terms of environmental impact and therefore they should go together. An anticipated city trail strategy would not be conducted until after the new policy is completed, which Yurkovich said is a concern if it means having to negotiate each trail on a case-by-case basis.

“We believe that responsible trail use, with everyone being courteous, should be allowed on all trails. If there is a trail through a preservation area, it should be open to cyclists as well as hikers because there is no scientific basis for banning cyclists on these trails,” he said. “We’re all for preservation, we all want to make sure these trails are sustainable and well-maintained.”

The alliance currently has an agreement with the city to maintain the mountain bike trails and Yurkovich said the group encourages proper use to ensure there is no environmental damage, including not using not the tracks when wet.

In addition to preservation areas, planned conservation and activity areas would allow cycling and mountain biking as well as horseback riding. A map of the current plan can be found on the the city’s website.

Residents are encouraged to provide feedback on the current phase of the project through workshops next week as well as an online survey until February 14. More information on engagement opportunities can be found. in line.

Council’s planning committee is currently due to discuss the plan in May and Butterfield said the final proposal is not expected until spring 2023.

Sign up to receive daily news from the Edmonton Journal, a division of Postmedia Network Inc.

The next issue of Edmonton Journal Headline News will soon be in your inbox.