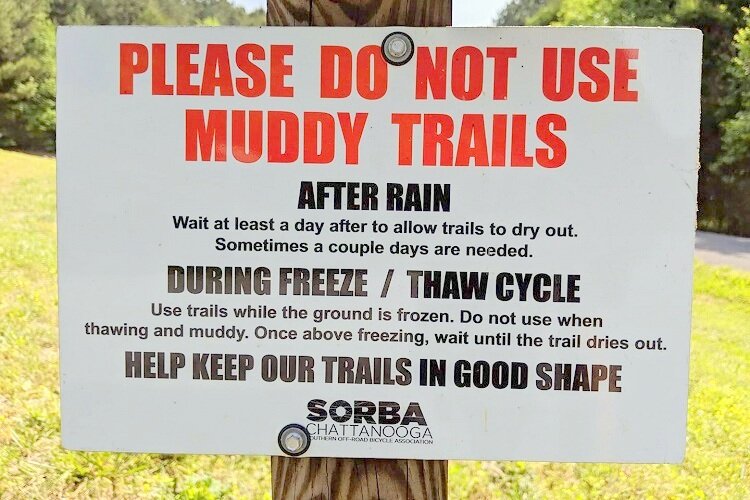 Despite the warm-up in early spring, the region’s mountain biking trails remain closed to protect the integrity of the trails

By Lorraine J. Benz Last updated Nov 1, 2021
Share
This article is part of Inside Our Outdoors, a series on Southeast Michigan’s connected parks, greenways and trails and their impact on residents’ quality of life. It is made possible through funding from the Michigan Trails and Greenways Alliance.

If you’re looking to cycle the local mountain biking trails like the DTE Energy Foundation Trail in Chelsea, you’ll have to wait a bit longer. Although temperatures have been quite pleasant over the past few weeks, the frost layer on the ground is still melting. 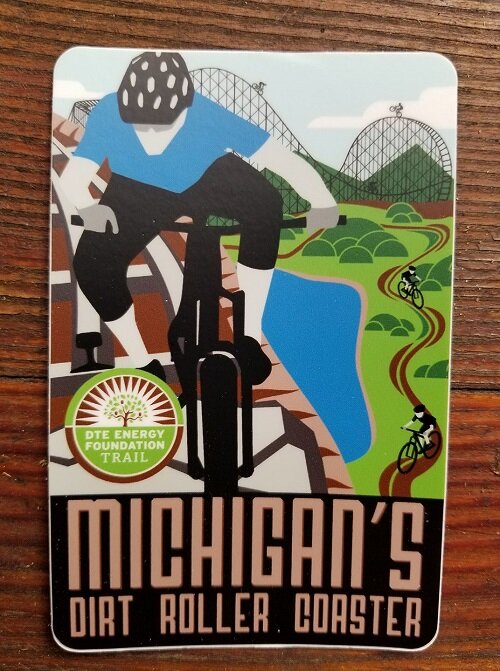 DTE trail signage The Mountain Biking Association (MMBA) says the sandy loam soil of southeast Michigan makes spring a problematic time for natural surface trails like the one it oversees.

“The ground is frozen under the topsoil,” he says. “So when it rains, the water can’t be absorbed and collects on top, and you get that layer of slimy mud.

For this reason, the DTE trail is temporarily closed until the ground is completely thawed there. It’s also not the only mountain bike trail in Southeast Michigan that’s closed at this time. Shelden Trails at Stony Creek Metropark is also closed for the spring thaw. And while the trails at Maybury State Park in Northville are technically open, park officials are asking visitors to avoid them for now until they dry out. Jones urges those who want to hike or bike now to instead use paved linear trails like the Border-to-Border Trail, Huron Waterloo Pathways or gravel roads, which tend to dry out sooner.

In a few weeks, however, visitors will once again have the chance to enjoy the DTE Trail. The 22-mile natural-surfaced single-track trail system is overseen by the Potawatomi Mountain Biking Association (PotoMBA), a chapter of the MMBA based in Washtenaw and Livingston counties. 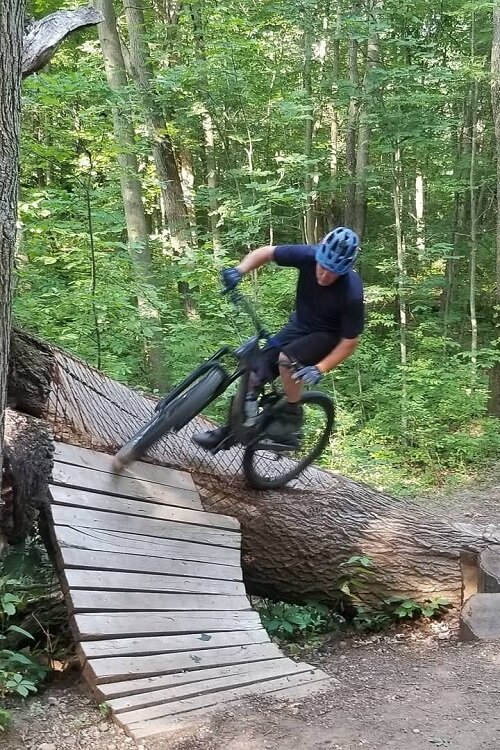 Obstacle to DTE trailThe enthusiasts had been a dream of the group for many years. But it never had serious traction until 2015, when PotoMBA and the Michigan Department of Natural Resources (DNR) signed an operating agreement to build the DTE trail.

The following year, the DTE Energy Foundation took the project to the next level by providing a grant of $ 250,000 to fund development of the trail, formerly known as the Waterloo Trail.

The DTE trail currently has four loops of varying terrain and difficulty. Green Lake Loop is the more laid-back of these, consisting of about four miles of relatively flat terrain. Big Kame Loop is a 4.5 mile stretch named after its most prominent feature, a large mound of dirt formed by melting ice called a kame.

The name Winn Loop is a reference to the Winnewana Impoundment, a scenic 500-acre lake that it borders in several places. About eight miles in length, this is the longest loop on the trail and crosses a steep ridge line that descends above the lake.

The last section is known as the Sugar Loop. A rigorous four-mile loop, it’s home to a huge assortment of rollers, switches, and other items designed to keep riders on their toes.

Someday PotoMBA hopes to add a fifth segment called the Cassidy Loop. This section would be designed around a 70 year old gravel pit that could potentially be used for a trail or bicycle park.

The future of the proposed loop is currently uncertain, however, due to concerns that it could be located in an area inhabited by the endangered Eastern Massasauga rattlesnake. The matter is currently under investigation by the Michigan Department of Natural Resources.

Check out the DTE Energy Foundation Trail website to view maps and learn more about the trail.