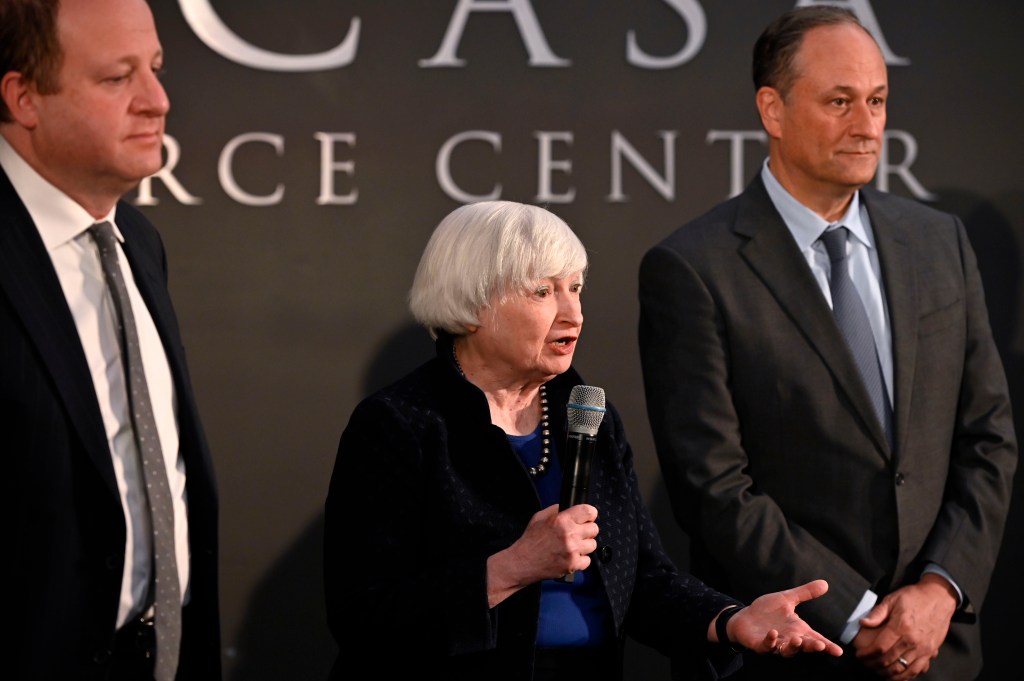 The US Treasury Department has given Colorado nearly $105 million under its Small Business Credit Initiative, according to a joint announcement Thursday.

The grant, which will be distributed over the next five years, can be multiplied up to 10 times to provide private financing to small businesses across the state, with a focus on groups traditionally excluded from capital markets. Colorado is expected to maintain or create 11,000 jobs with federal funds, with those jobs expected to contribute $423 million annually to Colorado’s economy.

“This is a historic investment in entrepreneurship, small business growth and innovation through the US bailout that will help reduce barriers to accessing capital for traditionally underserved communities. , including those in rural areas,” said U.S. Treasury Secretary Janet L. Yellen. in one version. “I’m excited to see how the SSBCI funds will promote equitable economic growth in Colorado and across the country.”

Colorado was among four states to receive $750 million in the last SSBCI funding round, which announced more than $2.25 billion in grants. New York received the $501.5 million approval, Oregon received $83.5 million, and Montana received $61.3 million. Colorado’s initial $31 million payment was made this month.

Although the money goes to the state as a grant, it cannot be used to provide direct grants to small businesses. Instead, the money will be spread through programs where the funds are refunded or returned, allowing the funds to be used again and again.

Of the amount awarded, nearly $60 million will go to the VCA, which partners with professional venture capital fund managers to reach growth companies with venture capital. The extra money is expected to create 2,900 jobs over the next 10 years.

CHFA-run Cash Collateral Support Program will receive up to $35 million in funding to support small business lending through a credit enhancement program, which provides lenders with cash deposits to increase the collateral that borrowers provide for business loans.

Over the past 10 years, the program has provided $37.4 million in collateral for 376 loans worth $200 million. As the loans are repaid, the money flows back into the program, which has not suffered any capital loss. The new injection should make it possible to create or maintain 8,000 jobs over 10 years.

The remaining $10 million will go to the CLIMBER Fund which is part of the Colorado State Treasury and is administered by CHFA and OEDIT. These funds are expected to create 800 jobs over the next 10 years.