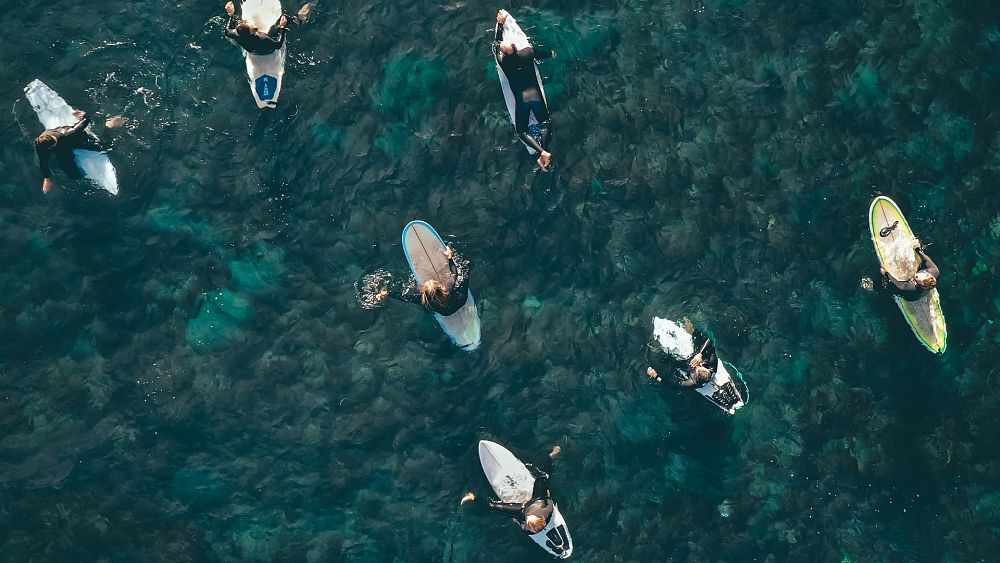 Can surfing help protect the biodiversity of our coasts?

The historical relationship between surfing and the environment is complex.

Today with organizations like Surfrider Foundation, Surfers Against Sewage and 1% For the Planet, it is difficult to imagine a time when this sport and the protection of our oceans would not be deeply linked.

Humans have been surfing the waves for thousands of years – probably since we first started swimming in the oceans – but the sport as we might recognize it today has come from Hawaii. There it was an art form with a number of rituals and an ancient and deep respect for the sea.

After first being introduced to Americans in the 19th century, it quickly gained popularity throughout California and spread to the rest of the country. But these new surfers did not have the same environmental concerns as the previous ones.

With many surf spots still relatively untouched by human exploits, they hadn’t yet had a reason to worry.

Until 1969, when an oil spill in California prompted them to act. At the time, it was the largest oil spill on record in US history and still ranks third behind Deepwater Horizon in 2010 and the Exxon Valdez oil spill in 1989. Kilometers of coastline have been polluted, including some of the area’s most popular surf spots.

A group of outraged surfers helped form the activist group Get Oil Out! who fought to end offshore drilling in California. As more and more people around the world have heard about their environmentalism, they have turned to protecting their own beaches.

This is how modern surfing has forged the relationship with the protection of nature.

â€œI think when a surfer becomes a surfer it’s almost like having to be an environmentalist at the same time,â€ said Kelly Slater, arguably the greatest professional surfer of all time.

But what about all that plastic gear?

Surf’s relationship with the environment becomes even more complex if you begin to consider the mountains of plastic boards, wax, and petroleum-based wetsuits that the sport produces.

Boards are another challenge with many long term surfers having around four at a time. They produce polyurethane waste as their shape is sculpted and in the event that you collapse dividing them into two (or more) pieces, throw the plastic straight into the ocean.

When we spend so much time at sea, it’s hard to avoid the direct consequences of our huge plastic problem. One only has to walk a trash-strewn tide line once to recognize that treating the ocean as a dumping ground is a problem.

But things are starting to change as technology and attitudes catch up with the need for an alternative.

Others are creating alternatives to plastic surfboards from recycled materials 3D printed with mushroom fibers as a replacement for foam.

With several professional leagues, hundreds of dedicated equipment companies, and many destinations around the world that depend on sport for their economy, surfing is a multi-billion dollar industry.

It is one of the fastest growing sports and after its introduction to the Olympics this year, it is only expanding.

For places that benefit from an influx of surfers dressed in wetsuits, that means there is now an economic dynamic behind protecting the breaks that get them there.

Lobitos is a small town on the northern coast of Peru with waves of exceptional quality. The average surfer who visits spends around $ 53 (â‚¬ 45) per day, according to a report to Save the Waves.

With more than 8,500 visitors each year, this brings in 3.6 million dollars (3.04 million euros) to the local economy, which is significant for a village of only 1,000 inhabitants.

“The economic impact of surf tourism on the local economy of Lobitos is substantial,” the report says, “and should be taken into account when making coastal management decisions in the district.”

â€œThe presence of oil rigs / pumping sites, solid waste / rubbish, sewer overflow and construction on the beaches are the main factors that would have a negative impact on the decision of surfers to return to Lobitos.â€

While the impact may be greater due to the size of the city, the potential value of ensuring that surf spots remain spotless is universal.

The Save the Waves Coalition now hopes to protect 1,000 waves by 2030 – aligning with the Campaign for the monumental â€œ30 by 30â€ promise of nature. The group focuses on regions of the world where iconic surf destinations overlap with biodiversity hotspots.

â€œWe protect a surf ecosystem, which means the wave, the plants and animals that depend on the place and the community that has been built around it. “

The 10 Best Places for Mountain Biking Near Philadelphia