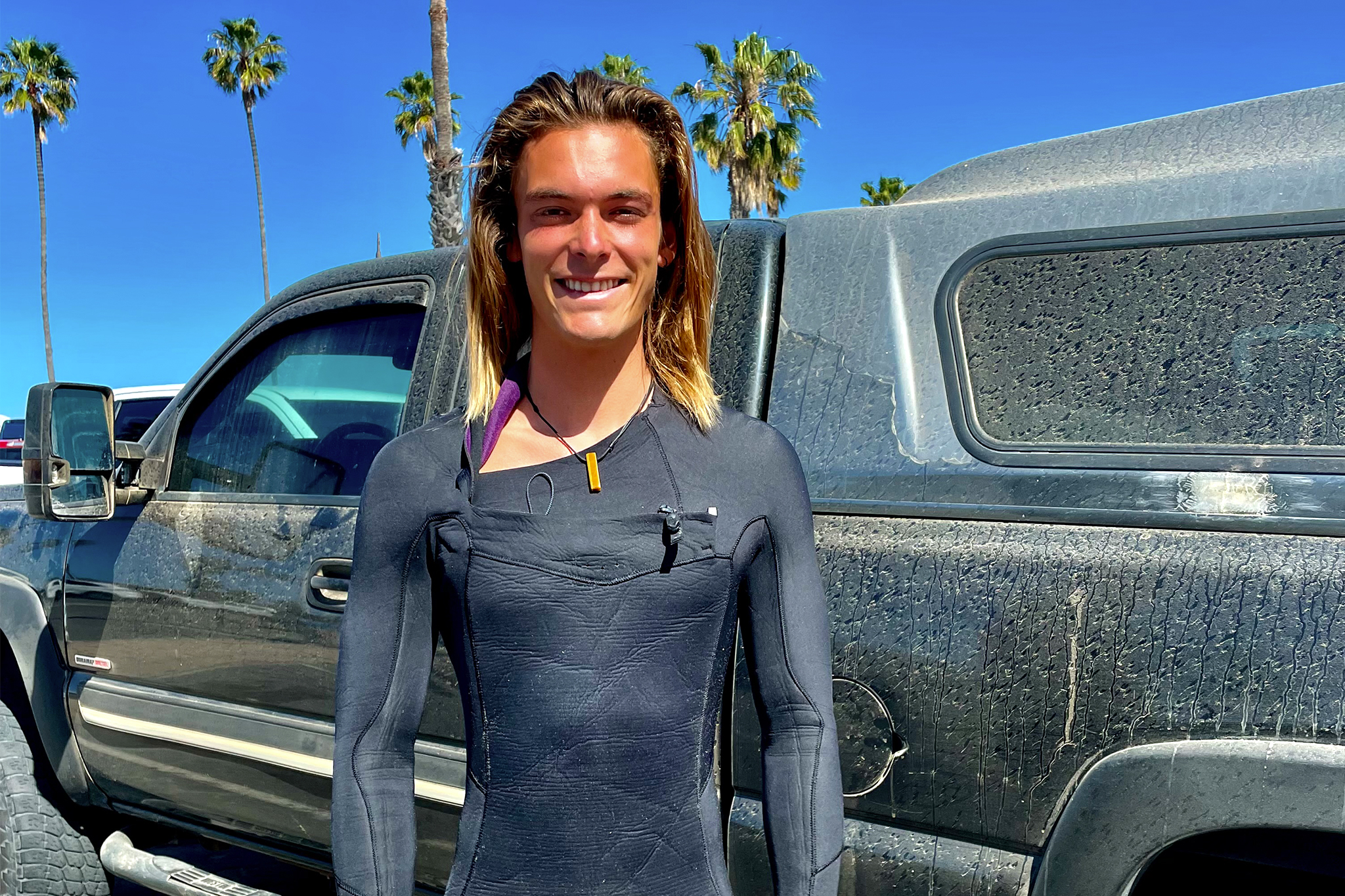 Came here to jump off cliffs but learned to surf

No, from New Hampshire

How did you come to surfing?

I have lived in California for three years. I originally came here for cliff jumping but learned to surf. I just did this now.

How did you come to cliff jumping?

There was a bridge next to my high school that everyone jumped on [off of] after school. I started doing flips. There’s a huge community here of cliff jumpers – people who push themselves to extremes, so that’s what I came here for. But now I’ve moved on to surfing more.

Did you surf before moving to San Diego?

Do you remember the first time you surfed and what it was like?

Yes, it was GREAT! I was quite young. It was a family vacation in North Carolina. I rented a board for the day and never got out of the water.

Do you have a favorite surf moment?

Yes, surfing at sunset in Costa Rica. I was there with all my friends. Impossible to beat him.

Yeah, I had a sea otter charge at me once.

Did you see fights in the water?

Not really [in San Diego]. I think because the surf is so good all the time, it’s not as bad as other spots. In Santa Cruz during the summer, if it’s a good day and you pass by other people, they get really crazy. Some breaks, especially Four Mile in Santa Cruz, can be very aggressive. I once saw this older guy get super mad at this little kid because he bumped into him. He followed him all along the beach. He put everything in the face of this little child. It was crazy. Everyone was yelling at him to leave him alone and stop fighting a ten-year-old kid.

What advice would you give to new surfers?

Just get out of there. Enter the water.

The 7 Best Men’s Underwear for Hiking the Appalachian Trail