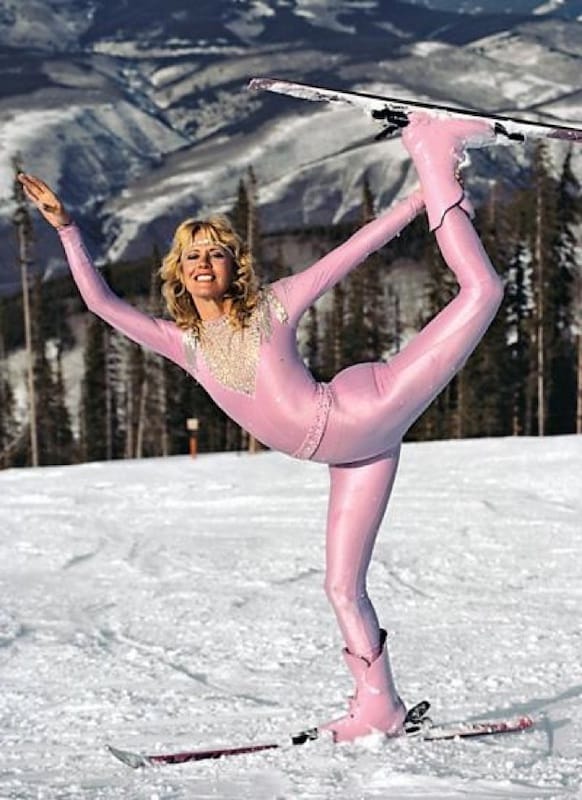 Britain is aiming to become an international surfing powerhouse ahead of the Paris Olympics by appointing GB Snowsport’s Managing Director as GB Surfing President!

“Jack Robinson was knocked out by a miniscule 0.59 points. Tell me the scoreline is consistent enough for such narrow margins of victory…”

More on poetry, you say?

Just a pinch then.

I told the class an anecdote yesterday to precede our discussion of the impulse to create. Poetry is a tough sell to teenagers, you see. Hard to sell to anyone, really.

A little anecdote can get you into a story when you’re not sure where you want to go or how you’ll get there.

I told them how I had to write things once I knew how to form letters. I couldn’t help it. I was always scribbling little drifting verses so no one would see them. My formative experiences of music were all about the words, I spent hours copying and deciphering the lyrics. I covered my school notebooks with memorized verses and choruses, meters and rhymes.

Seven round of 16 rounds ended today. If there were any highlights, I didn’t see them. But I am ready to be convinced that my apathy was unjustified or unfair. Come ahead.

Filipe looked worrying as expected in conditions where only he can manufacture speed and verve and make the below average waves acceptable.

Morgan Ciblic trailed Connor O’Leary by 0.07 points despite the smoothest backhand surf I’ve seen all day. No snags in its lower bends, no readjustments or wobbles, just clean transitions.

Jack Robinson was also eliminated by a miniscule 0.59 points.

Tell me the scoreline is consistent enough for such narrow margins of victory and I’ll laugh.

We complained about scoring recently, as we always do, but only because it was slightly understandable. When the waves are consistent and demand to be ridden equally, it’s easy for us to compare and contrast. But when surfers are forced to chase random drops and peaks, the approaches become more diverse. In this situation, it becomes far-fetched to send surfers home based on arbitrary point fractions.

Fittingly, I just tried to watch the Ciblic vs O’Leary replay and the screen goes black after the first minute or so. Technical glitch or Stalinist erasure?

In conditions like today, the scoreline becomes too foreign to be controversial. Or maybe one of us really cares.

Except, of course, those of us who would bet heavily on Barron Mamiya and Molly Picklum. Both came out today. Maybe they deserved it on the strength of a scrappy sleeve, but certainly not on skill. This problem is not new, but it always comes at the expense of competition and our entertainment.

Is Jack Robinson just a less talented JJF? It attracts many distinctions but seems far from proving its competitive qualities at this level.

We were spoiled for waves in Hawaii. We knew it was a danger, but maybe we couldn’t accept it. Either way, it’s an omen that has returned to roost in Portugal like a dark, sinister bird.

Sometimes today the waves looked fun, for you or me, maybe. Not for the world’s best surfers in the world’s mediocre waves.

Under these conditions, it is a total lottery, and it is not suitable for this level of competition.

It’s supposed to be the highest level of professional surfing, but you’d be forgiven for thinking it’s not just unsatisfying, but gutted and gutted.

I’m going to correct myself here, I have trouble with bets that go wrong. But I’m sadder that what lies ahead makes it almost impossible to chase my losses.

It comes and goes, I guess.

Joe Turpel reminded us today that it’s “interesting to see how the years come and go”.

Of course, Joe. Time as construction is fascinating.

Many surfers have noted how at home they felt in Portugal.

I’m not sure where this came from, other than maybe a few setbacks from the mayor of Peniche, but I’m glad they’re having fun outside of the surf as it’s about to go ashore and get worse.

I dealt with intermittent toothaches today. I woke up with a dull ache at three in the morning and it came and went throughout the day. As the pain eased a bit tonight and darkness set in, I went for a run.

I ran on the banks of the River Tay, the longest river in Scotland and the largest in the UK in terms of volumetric flow. Members of a colony croak in the twilight. The snowdrops gave brightness to the path in front of us.

The banks of the river are home to an arboretum of rare and spectacular trees: giant sequoias, Douglas fir, Japanese red cedar, noble fir, European larch, western hemlock, pedunculate oak… Some of them are 400 years old. How stoic and dependable they seemed. How self-sufficient, resilient and powerful. After the wavering uncertainties of the day, I felt deeply drawn to them, even envious.

Fishermen in tweeds were turning the outboard of their wooden canoe against the current. I had passed the same men and others earlier, but there wasn’t a line tic or a salmon move for any of them.

Is a passion still worth your time if you don’t get the chance to perform?

What if the conditions for success were mysterious and perhaps even due to chance?

And how about being forced to do it in front of an audience for points and your livelihood?

Skiing in Glencoe and après-ski in Glasgow: a brilliant Scottish weekend on and off the slopes | ski holidays