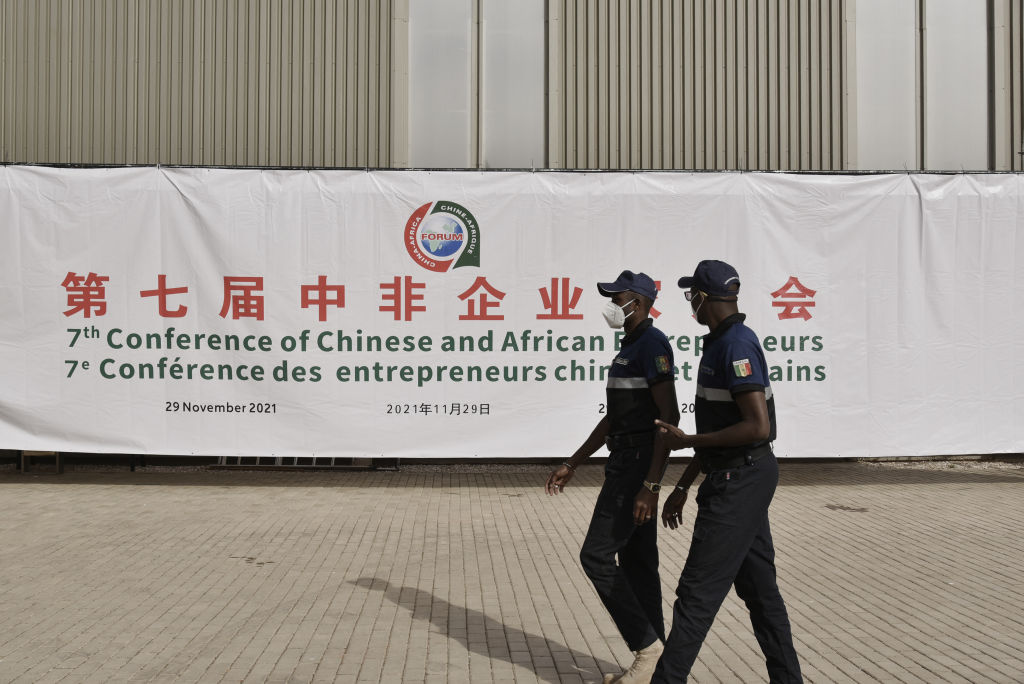 Recently, the Chinese Communist Party (CCP) made an eye-catching announcement that it planned to forgo 23 interest-free loans, granted to 17 African countries, which came due at the end of 2021.

However, experts pointed out that the announcement was made to play down the economically destructive consequences of the misleading Belt and Road Initiative (BRI), as the canceled loans would represent at most a tiny fraction of Beijing’s loans to African countries, according to research institutes.

The announcement was made by CPC Foreign Minister Wang Yi at the Forum on China-Africa Cooperation on August 18. It should be noted that he did not specify the total amount of the 23 loans or name the 17 countries involved.

However, according to a estimate conducted by Boston University’s Center for Global Development Policy using its Chinese Loans to Africa (CLA) database, the “forgiveness to Africa could amount to 45 million to $610 million, overall constituting a small portion of China’s lending to Africa”.

In a Sept. 14 interview with The Epoch Times, Frank Tian Xie, John M. Olin Palmetto Professor of Commerce at the University of South Carolina Aiken, believes the ad is just another of many deceptive practices that the CCP has used in the past. .

“The practice of the Belt and Road Initiative was certainly unethical, and while the Western world criticizes the CCP for knowingly lending to countries that cannot repay the debt, the CCP decides to take certain “kindness” actions, such as debt relief, to thwart criticism.

“However, the fact is that the amount waived was extremely small, and these loans were the ones with virtually no hope of repayment,” Professor Xie said.

According to the research paper titled “How China Lends: A Rare Look into 100 Debt Contracts with Foreign Governments” (pdf)co-published in March 2021 by AidData and three other leading research institutes, Beijing had committed an estimated $560 billion in total direct lending to countries in Asia, South America and Africa between 2000 and 2017 .

The research was based on 100 of more than 2,000 loan agreements that Chinese state lenders have signed with developing countries since the early 2000s.

In particular, despite the image in which the CCP presents itself as a promoter of friendship and economic prosperity, the research paper highlighted three common types of clauses in CCP loan agreements that Beijing could use. to exert influence in developing countries.

The three types of clauses highlighted in the research paper, in simple terms, include the following: confidentiality clauses that prevent borrowers from revealing the terms and existence of the loan; clauses prohibiting borrowers from seeking assistance from other international organizations; clauses that allow Beijing to retain the right to cancel the loan and demand immediate repayment in a wide range of circumstances.

In addition, the CCP requires a portion of borrowers to open and maintain a “special bank account” to guarantee repayment. However, these accounts, usually located in China, would retain all income from the lender-funded project and all other loan-funded cash flows, and require the borrower to maintain a minimum account balance set by the lender.

For example, in the contract between the borrower, the Venezuelan Bank for Economic and Social Development (BANDES), and the lender, the Chinese Development Bank (CDB), the CDB is “authorized at any time and without notice to the BANDES » to use all or part of the balance of the special reimbursement account. However, any withdrawal by BANDS, which would violate the minimum balance or any other condition, was prohibited.

In addition, 90% of the contracts collected contained clauses that would allow the CCP to terminate the agreement and demand repayment if the borrower’s government policy changed.

The research paper also found that 50% of CDB contracts contained clauses that would allow the lender to demand repayment if the borrower’s actions harmed the interests of the CCP.

In addition, around 75% of the contracts collected contained “No Paris Club” clauses, which means that the borrower cannot request restructuring initiatives from creditors, such as the Paris Club, or other institutions, in the event of payment difficulties.

In particular, the Paris Club is an essential international platform to help find lasting solutions to the payment difficulties encountered by debtor countries.

According to the research paper co-published by AidData and other research institutes, the CBD lent Ecuador $1 billion in 2010 for the country to finance infrastructure and purchase goods and services from Chinese entrepreneurs.

However, the terms of the contract required Ecuador to sell “at least 380,000 barrels of fuel oil per month and 15,000 barrels of crude oil per day” to the PCC for the duration of the agreement.

In addition, payments made by the CCP for these purchases would be deposited in the “special bank account” opened in China under the CDB, and Ecuador was not allowed to withdraw any amount except as permitted. by another unknown agreement.

The research paper also mentioned that nearly 40% of the arrangements for these “special bank accounts” required funding from, for example, sources unrelated to the funded projects, such as Ecuador’s oil export revenues and from Venezuela; bauxite from Ghana; and income from Costa Rican financial assets, such as bank deposits, stocks, bonds, or loans.

In extreme cases, such as the modernization and expansion of the Queen Elizabeth II Quay in Freetown, Sierra Leone, the research paper found that the contract included pledges of shares and physical assets unknown to Sierra Leone. in case of financial difficulties.

Other examples, such as the 99-year lease of Hambantota International Port to the CCP by the Sri Lankan government, also indicated the existence of asset pledges in Chinese loan agreements.

The research paper also said the China Export-Import Bank and CDB provided around 94% of the 1,046 loans Beijing extended to 130 countries between 2000 and 2014, citing a study by the Center for Global Analysis.

According to another study titled “Grading China’s Belt and Road” (pdf)published by the Center for a New American Security, many completed BRI projects “failed to generate enough revenue to justify the initial investment, arguably leaving the recipient country in worse financial shape than before” .

John Lee, one of the foremost experts on economics and national security issues, said in a Hudson Institute Conference organized on September 9 that the BRI’s strategic objective is to build a “China-centric regional infrastructure” in which Beijing, playing a dominant role, could put itself in a position of strength to negotiate the terms of any agreement or economic arrangement in using its economic and political weight.

“The broader strategic goal is to ensure that all roads, railways, ports, cables, digital networks, infrastructure begin and end in China’s provinces and, above all, operate on terms favorable to Chinese interests,” he said. he said at the conference.

Professor Xie also believes that the BRI was politically motivated to compel these countries to support the CCP at the UN and other international human rights organizations.

“The fact that these countries owe huge debts to the CCP means that these [BRI] were not real investments intended to promote economic prosperity,” he told The Epoch Times.

Anne Zhang is a staff writer for The Epoch Times and focuses on China-related topics. She started writing for the Chinese language edition in 2014.

Ellen Wan has worked for the Japanese edition of The Epoch Times since 2007.

Vail Resorts Youth Access Program to Expand to 9,000 Participants Across 29 Mountains in the 2022/23 Season

PROFRAC HOLDING CORP. such as entering into a material definitive agreement,…