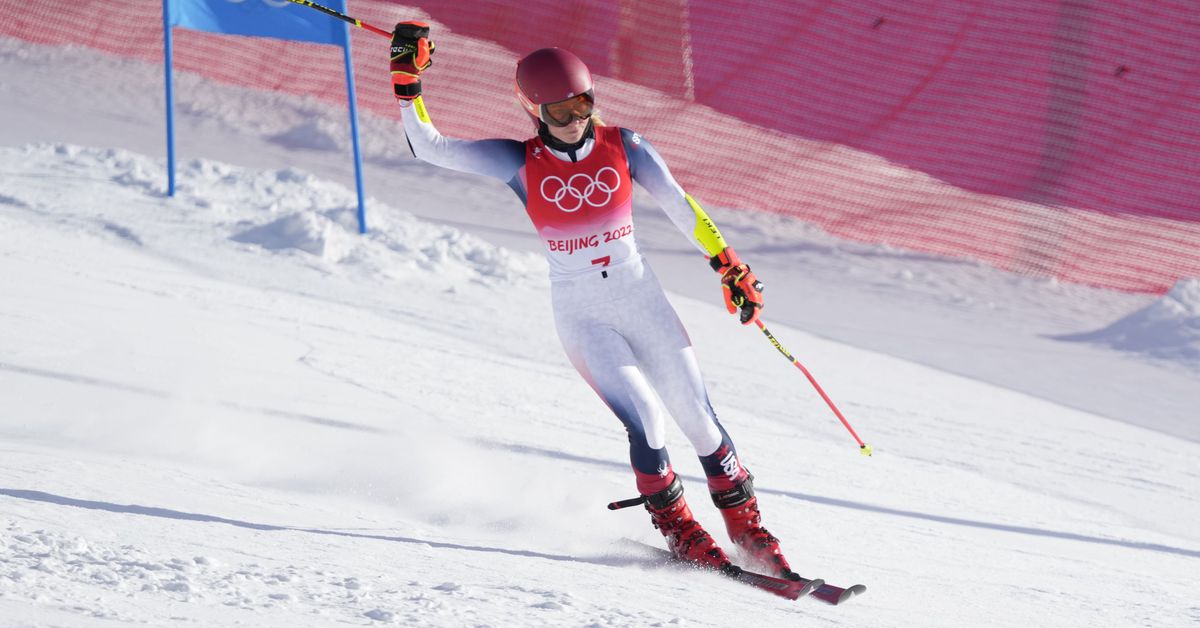 YANQING, China, Feb 7 (Reuters) – Defending Olympic champion Mikaela Shiffrin crashed out of the women’s giant slalom in her first run at the Winter Games while Sweden’s Sara Hector took first place after taming the “Ice River” course on a dramatic Monday at the Yanqing Alpine Center.

AmericanShiffrin, who finished seventh, was uninjured as her skis slipped under her as she sank into the descending turns, causing her to miss a gate. She got back on her skis and slowly descended the rest of the course.

Hector, who leads the World Cup standings in giant slalom this season, set the pace with a time of 57.56 seconds, 0.30 ahead of Austria’s Katharina Truppe and 0.42 quicker than Italy’s Federica Brignone in third position.

Slovenian Meta Hrovat was fourth, while Norway’s Ragnhild Mowinckel, a silver medalist in Pyeongchang, was fifth.

Shiffrin, 26, said his run was a “huge disappointment”.

“I was pushing. I felt like I was really pushing in those corners,” she added. “It’s hard to know how the rest of the race would have gone…the day ended before it even started.”

Shiffrin plans to compete in all five women’s events at the Games this year and will race in her favorite discipline, slalom, on Wednesday.

“I’m not going to cry about it because it’s just a waste of energy,” she added. “My best chance for the next few races is to move forward, to refocus and I feel like I’m well placed to do that.

“As you can see, anything can happen and it happens very, very quickly. The conditions are incredible but nothing is given and I don’t take it for granted.”

“I really like the slope, it’s great for the Olympics,” she added.

Shiffrin was the second skier to crash in the first run after Italian Marta Bassino, the fifth rider down, was wiped out.

Bassino also emerged unscathed from the fall after her skis slipped from under her at the second gate, sending her into a slow slide down the mountain.

“It’s really sad that she (Shiffrin) is eliminated at the Olympics,” said Norwegian Maria Therese Tviberg. “But it’s our sport and it’s also alpine skiing. I bet she wanted to give it her all too. Mistakes happen.”

A total of 19 riders did not finish their first run, while Bosnian Esma Alic was disqualified and Croatian Andrea Komsic and Polish Hanna Zieba did not start. There were no initial reports of serious injuries.

“It’s a very nice slope,” said Sweden’s Hilma Loevblom. “I just think it’s the Olympics and there are a lot of other factors. It can be very stressful and probably everyone is a bit stressed, the coaches too, and that’s just different.”

Visit these countries to try volcanic (and sand) surfing!