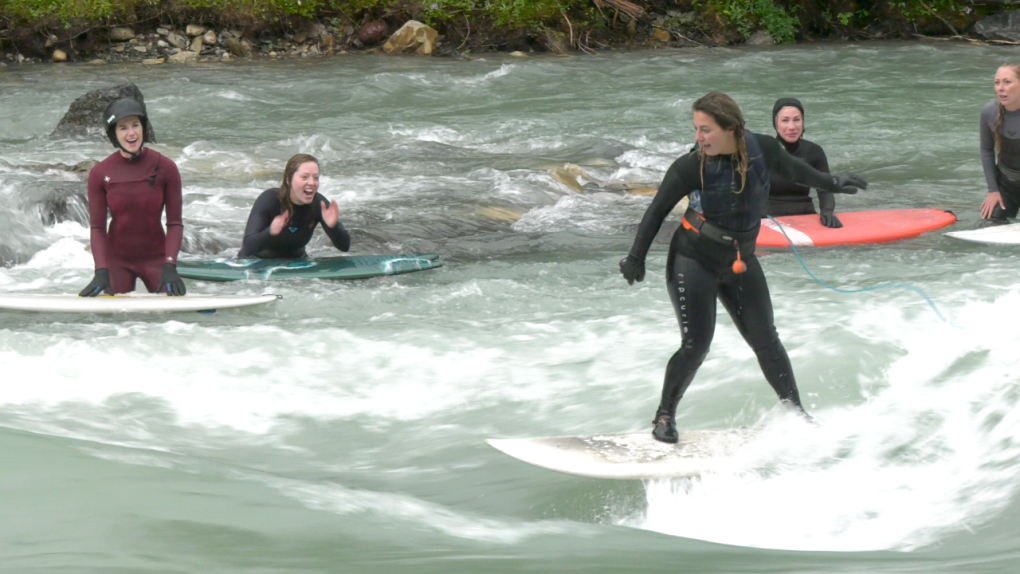 Surfing isn’t usually something people associate with Alberta, but one group is trying to change that as the sport’s popularity grows.

Dimitra Galiatsatos was one of around 30 people who took part in the surfing skills competition.

She started surfing a few years ago after seeing people do it on a wave in Calgary, and she hasn’t stopped since.

“I love the outdoors. I love the water. I love the sun and then the people. It’s always a good time; you never have a bad day when you’re on the river,” said Galiatsatos.

The event has been around since 2006 and every year more and more surfers come to put their skills to the test.

“I moved from Vancouver. I was afraid to surf less as I moved inland, and now I’m surfing a lot more than I used to and it’s so exciting,” said Jenna Henderson, Alberta RSA Board Member .

Demand is expected to increase further once the Alberta RSA and Alberta Whitewater Association install a new adjustable wave for surfers and kayakers, just meters from where the current wave is.

“This is a game-changer for the sport and for the region. We’re going to be able to have more serious competition here and attract athletes from all over the world,” said Alberta RSA Board Member David Rousseau.

Rousseau adds that the new wave will allow more difficulty for competitions like the Mountain Wave Classic.

“The wave we have at the moment is fantastic, but it’s nothing compared to the news. We are talking about a wave 12 meters in diameter. The one we have right now is about three meters long, so you can only imagine the amount of tricks, the flow and the styles of the surfers. It will just increase.

Alberta RSA also has other projects underway. He wants to create river wave parks along the Bow River in Calgary and Cochrane.

He also wants to build a new wave at Harvie Passage – a common place for beginners.

Those already involved in the sport hope the new projects will encourage more people to try it out.

“We are a super welcoming community. We like to help beginners, so whether or not you want to be in the water, there will always be a friendly face to have a good chat or help you out in the water,” Henderson said.

Galiatsatos added, “I think everyone should try this at least once in their life.”

For more information on sports and safety tips for beginners, visit the Alberta RSA website.

World surfing champion John John Florence just spent $2,995,000 to buy his childhood home in Pipeline for his mom Alex and it’s next door to Kelly Slater!