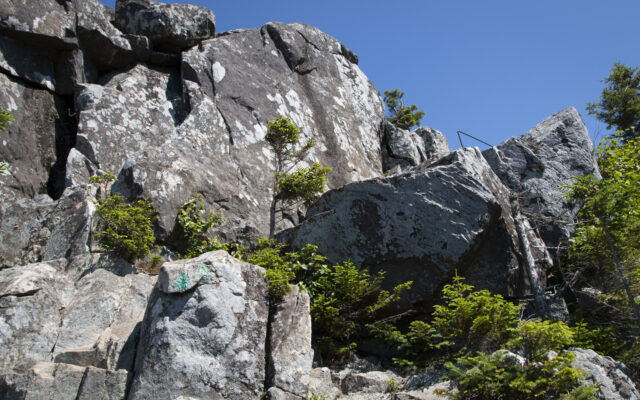 By Lindsay Putnam, Bangor Daily News Staff There’s no shortage of hiking trails in Maine that you can conquer with your four-legged friend. Many of the state’s most popular parks, including Acadia National Park, welcome dogs as long as they are on a leash.

There’s no shortage of hiking trails in Maine that you can conquer with your four-legged friend.

Many of the state’s most popular parks, including Acadia National Park, welcome dogs as long as they are on a leash.

Generally, the only limiting factor for hiking with your dog will simply be the type of terrain and the distance your dog can handle.

But some hikers may want to look for hikes where they won’t encounter dogs. Whether it’s a personal preference or a desire to enjoy nature with minimal noise and interruptions, here’s where you can hike without worrying about dogs crossing your path.

Located on the west side of Deer Isle, Barred Island Preserve offers approximately 1.5 miles of nature trails that wind through a whimsical boreal fog forest to a sandy beach on the coast. And if you time your visit just right, you can then cross a sandbar to explore scenic undeveloped Barred Island. There is no trail on Barred Island, but you can walk around the island on the large granite slabs that surround it. Take care when navigating the rocks, which become slippery closer to the water.

Borestone Mountain, in the 100 Mile Wilderness of Maine

Rising nearly 2,000 feet above sea level, Borestone Mountain is a popular hike in Maine’s 100-mile wilderness. From the two bald peaks of the mountain, hikers are rewarded with stunning 360 degree views of the area. This 4.2-mile, round-trip hike features more than 200 stone steps and a few metal rungs to help you climb the steeper sections.

Straddling the border of Orrington and Holden, Fields Pond Audubon Center is a 229-acre wildlife preserve that is home to a network of nature trails, as well as a nature center where public programs are held regularly. It is one of eight sanctuaries owned and operated by Maine Audubon, the state’s oldest wildlife conservation organization. At least 130 species of birds have been spotted on the property.

The 1.6 mile boardwalk loop trail begins at the edge of the forested wetlands of the Bangor City Forest, which is lined with bog maples, cinnamon ferns and skunk cabbage. After 800 feet, the path crosses the city limit in the section of the bog belonging to the University of Maine at Orono. The path leads to the open center of the bog, an area covered in peat moss, stunted vegetation and fascinating plants such as the carnivorous pitcher plant. Benches are located at least every 200 feet. This boardwalk, along with the 0.25 mile wooded trail leading to it, is handicapped accessible and ideal for walkers. Only assistance dogs are allowed.

The 328-acre Fernald’s Neck Preserve takes up much of a peninsula that juts out into Lake Megunticook, a beautiful body of water in Lincolnville and Camden. Established in 1969, the reserve is home to ancient evergreen forest, nearly 4 miles of shoreline, The Great Bog, and approximately 3.5 miles of walking trails. The main feature of the preserve is a large boulder called “Balance Rock” which is a short walk from the trailhead on the Blue Trail and the Yellow Trail. The orange trail and the end of the blue loop are rocky and hilly, making them the most difficult areas of the trail system.

Located on the west side of Bar Harbor on the Indian Point Peninsula, the Indian Point-Blagden Preserve is home to approximately 2.7 miles of woodland hiking trails and a 1-mile gravel road that is also a scenic spot. nice to walk around. Trails on the property lead through mossy evergreen forest to the ocean where you’ll find interesting rock formations and an expansive gravel beach. The Fern Trail leads to an area of ​​shoreline dominated by outcrops of Ellsworth Shale, the oldest rock found on Mount Desert Island. The Shore Trail leads to a large gravel beach and another area of ​​outcrops, with offshore ledges frequented by harbor seals basking.

The trail to the ice caves is just over a mile long and winds through tall pines and large boulders covered in moss and ferns. The caves are talus, that is to say a pile of large rocks that were assembled by glaciers during the last ice age. There are metal rungs, courtesy of the Nature Conservancy, to descend into the cave. As you descend, the temperature drops – a feeling a bit like stepping into a freezer. In spring and summer, the ice covering the walls of the caves begins to melt and form icicles. From the large main room, hikers can clamber over rocks and squeeze into smaller rooms – although this kind of exploration isn’t for people who are afraid of confined spaces. People wishing to spend time in the caves would be more comfortable bringing mittens and pants.

Why is surfing so good for us? Neuroscientist and writer offer clues