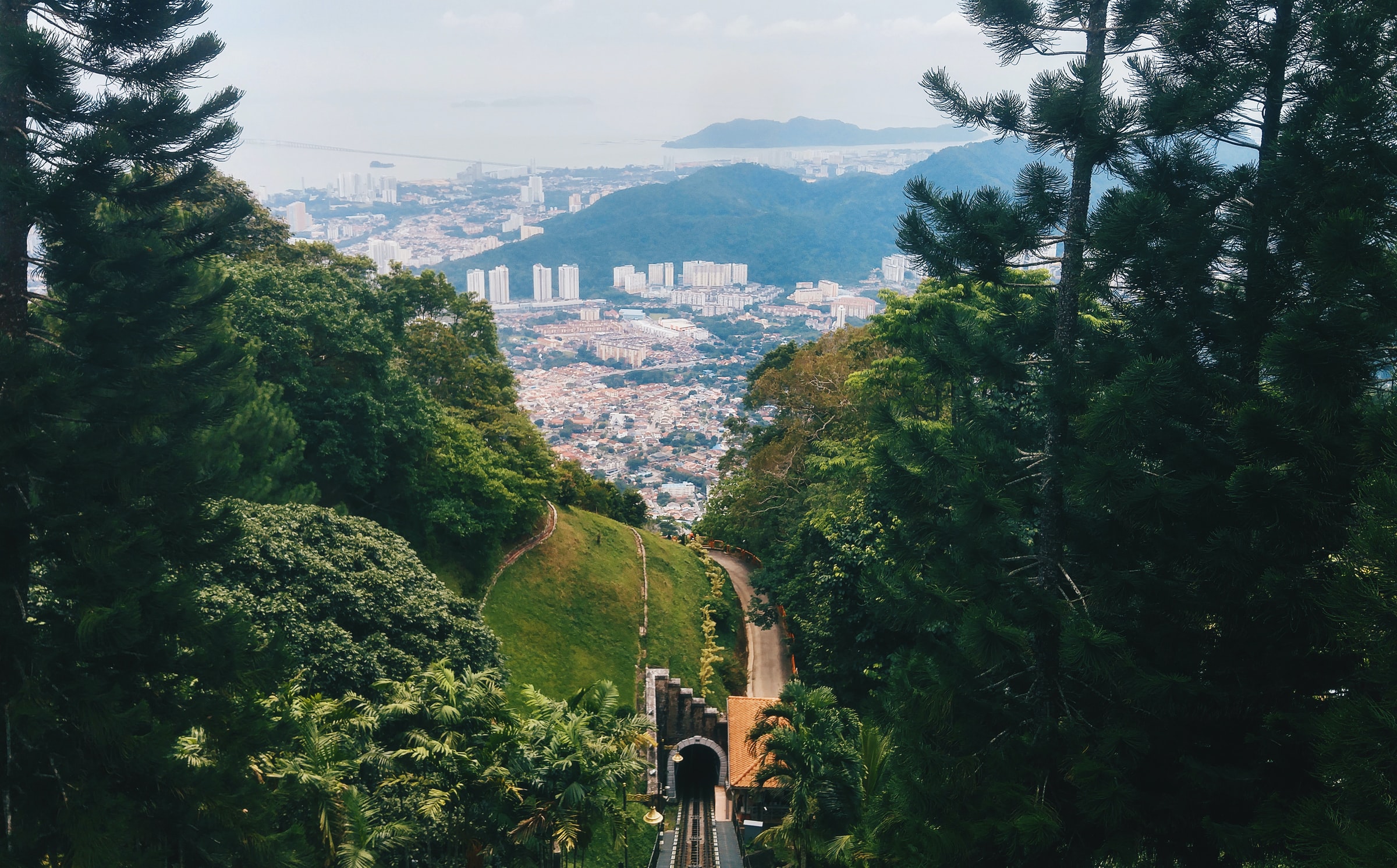 These are quite simply the most rewarding hiking trails in Peninsular Malaysia. Why, you ask yourself? Food.

Boasting stunning beaches, unspoiled jungles, and gushing waterfalls, Malaysia has a lot to offer the avid hiker. While a typical excursion favors natural beauty, the hiking trails we present to you below emphasize good food as a reward for getting out and moving. Even an intrepid foodie can follow.

7 best hiking trails in Peninsular Malaysia that lead to delicious food and drink:

Dotted with numerous mountain biking and hiking trails, Kiara Hill is a recreation haven for residents of TTDI and Mount Kiara. The main trail connecting the two neighborhoods begins on an unmarked path at Mt Kiara and ends at the extended paved TTDI loop, and vice versa. To make sure you’re on the right track, a metal gate that you need to go through indicates the halfway point. Moderate hike consumes about an hour. A much more arduous trail stretches over Kiara Hill and Sri Bintang Hill, doubling the duration. It takes you from TTDI to North Kiara.

TTDI and Mont Kiara are respected epicurean hubs in KL, with plenty of cafes, restaurants and bars. Check out Der Backmeister and Common Man for pastry and coffee at TTDI, as well as B-Lab and Soffle for pasta and desserts at Mont Kiara.

As tourists flock to Georgetown for its decadent array of street food, the daring head to Penang National Park. Navigable on foot or by chartering a boat, several secluded bays attract hikers to Malaysia’s smallest national park. The famous attraction is Monkey Beach, named for its colony of primates inhabiting the surrounding area. What could be more rehydrating after an hour of profuse sweating? Cold beer and coconut juice at Tiger Monkey Bar & Leisure. Freshly caught seafood is available from the open grill.

On a busy day, climbing Penang Hill by cable car can take as long as hiking due to limited capacity. At 833m high and over 3km long, the trail is not the most intense but some physical form is expected. As the temperatures cool as you gain altitude, the vegetation begins to change. Migratory birds and small mammals are also common. There are several epicurean options on the summit. Choose from David Brown’s Restaurant & Tea Terrace (afternoon tea), Monkey Cup Garden (cafe) and Hickory on Penang Hill (set meals).

The hill station is full of dozens of trails that attract adrenaline junkies from all over the world. The majority of the trails start or end in Tanah Rata, the most populous town in the Cameron Highlands. The most decadent way to absorb all that Cameron Highlands has to offer is to choose a route that takes you through the jungle and ends at a tea plantation for a cup of tea and jam-filled scones. Trail 10 takes you to the scenic summit of Jasar Mountain, while Trail 6 takes you from the summit to the Cameron Bharat Plantation Tea House. Reserve 5 hours. A map can be downloaded to help keep you on track.

An island made for hiking, snorkelling and diving, the rustic Tioman can be traveled on foot or by water taxi and scooter. As the majority of vacationers tend to focus on the sunset side, you can get away from the crazy crowds by venturing to the eastern shores of Tioman. While an asphalt road runs from Tekek to Juara, a hilly jungle trail connects the two towns. The 7 km route starts in Tekek and ends in Juara. Upon arrival, you can treat yourself to an unpretentious but no less delicious iced tea, pancakes and burgers at the Mia CafÃ©.

The prerequisite for removing this hike from the list is to stay overnight at the famous Pangkor Laut Resort. A private island inhabited by hornbills and whose waters give life to turtles, Pangkor Laut has long been a favorite honeymoon destination. Overwater villas and hillside cabins dot the eastern half of the island. A naturalist offers a guided jungle hike through the northern perimeter and a longer alternative leading to stunning sea views from the top of the southern perimeter. The highlight, however, is the beautiful Emerald Bay residing in West Cove. Here, Chapman’s Bar awaits your presence with cocktails and a range of local and international dishes.

Enveloped by turquoise waters, Perhentian Kecil fascinates visitors with its unique nightlife offerings around the conviviality and performance of fire. There is also no shortage of daytime activities as the island is bordered by several trails. The most popular of these takes hikers to the windmill, a landmark of Perhentian Kecil. This proposed itinerary begins with a boat rental to drop you off at Adam and Eve Beach, followed by a hike to the windmill and finally an arrival at Long Beach. End the day in Santai, where the restaurant serves delicacies such as lobster, filet mignon, and lava cake.

Is Chicama the longest surf wave in the world?