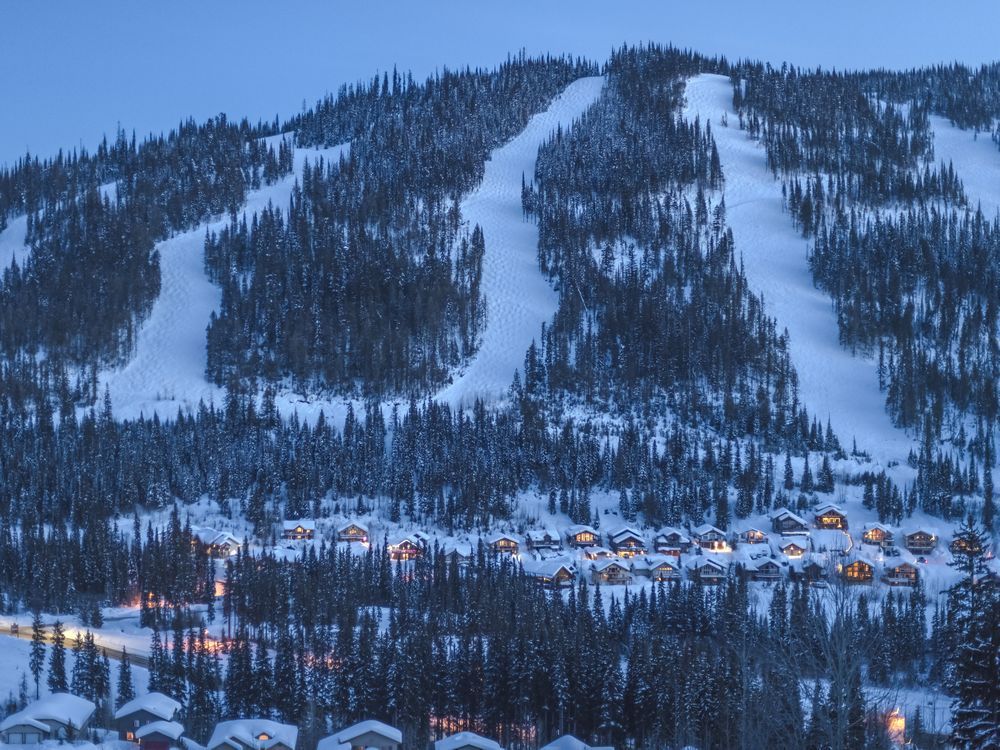 The First Nations-led group preparing a potential bid for the 2030 Olympics has explored options other than Cypress Mountain Resort for some ski events, including Sun Peaks Ski Resort near Kamloops, sources confirmed.

Cypress Mountain hosted freestyle skiing events for the 2010 Olympics, but was hit by El Niño weather prior to those Games, which required snow to be trucked to Manning Park to stage the event.

“They were concerned about global warming and the weather, as well as the situation they were experiencing in 2010,” said Sun Peaks Mayor Al Raine, who confirmed that the municipality and Sun Peaks Resort had discussed the organization of freestyle skiing events and possibly the accommodation of athletes.

“Obviously if the Games were awarded to British Columbia, from a tourism industry perspective, that would be a nice feather on our roster,” Raine said, but he hasn’t developed any expectations yet. about this possibility.

“It’s a long, long way from a successful bid,” he added, “If Canada supports the bid and it’s accepted, then we’ll be very excited.”

Raine is also aware that Sun Peaks isn’t the only resort that has been vetted as a potential location. At least Kelowna’s Big White Ski Resort and Apex Mountain near Penticton have also been assessed as joint hosts, but ruled out, according to Big White senior vice president Michael Ballingall.

“The main reason we couldn’t move forward was the lack of snowmaking,” Ballingall said, followed by the logistical challenge of splitting the events between two venues.

Details of venue considerations for the 2030 Olympic bid were revealed in an article by Glacier Media’s Business in Vancouver, which was able to view documents related to the committee’s preparations given that some venues used in 2010 would no longer be available.

The Olympic Bid Feasibility Team, however, will not comment on or confirm any details reported by Business in Vancouver until June 14, when its members will release their concept plan for the Games.

“Working under the direction of the Lil’wat, Musqueam, Squamish and Tsleil-Waututh Nations, the Nations are following protocols with other local First Nations while consultation on the project is underway,” said Tewanee Joseph, who deals with Indigenous inclusion and partnerships. for the Canadian Olympic Committee Feasibility Team, in an emailed statement.

Joseph, former Squamish Nation councilor and CEO of the Vancouver 2010 Games Four Host First Nations Secretariat, added that the group has “worked with many potential venue operators” in British Columbia during this initial phase. .

So far, the COC has funded feasibility work for the bid group, which is offering to host in a reconciliation effort. In April, the First Nations signed a memorandum of understanding with the mayors of Vancouver and Whistler to cooperate with the bid.

And earlier this month, a three-member IOC technical team visited the region to review the initial proposal. The IOC did not comment on the process or identify potential bidders and only said it was in “non-edition specific” dialogue “with a number of potential hosts”.

Salt Lake City, host of the 2002 Olympics, and Sapporo, Japan, host in 1972, are also known to be preparing potential bids for the 2030 and possibly 2034 Games. Barcelona, ​​host of the 1992 Summer Games, is another contender in conjunction with the Pyrenees location.

Vancouver businesses have indicated that Vancouver Whistler’s bid would propose reusing the Whistler Sliding Center, Whistler Olympic Park in the Callaghan Valley and upgrading the Richmond Olympic Oval so the facility can once again be used for speed skating.

However, the Hillcrest Curling Centre, which hosted the 2010 events, will not be available. The initial proposal therefore envisages renovating the Agrodome at Hastings Park, where short track speed skating would once again be planned for the Pacific Coliseum.

The Vancouver companies indicated that no cost figures were attached to the initial proposal.

Sign up to receive daily news from The Province, a division of Postmedia Network Inc.

The next issue of The Province Headline News will soon be in your inbox.